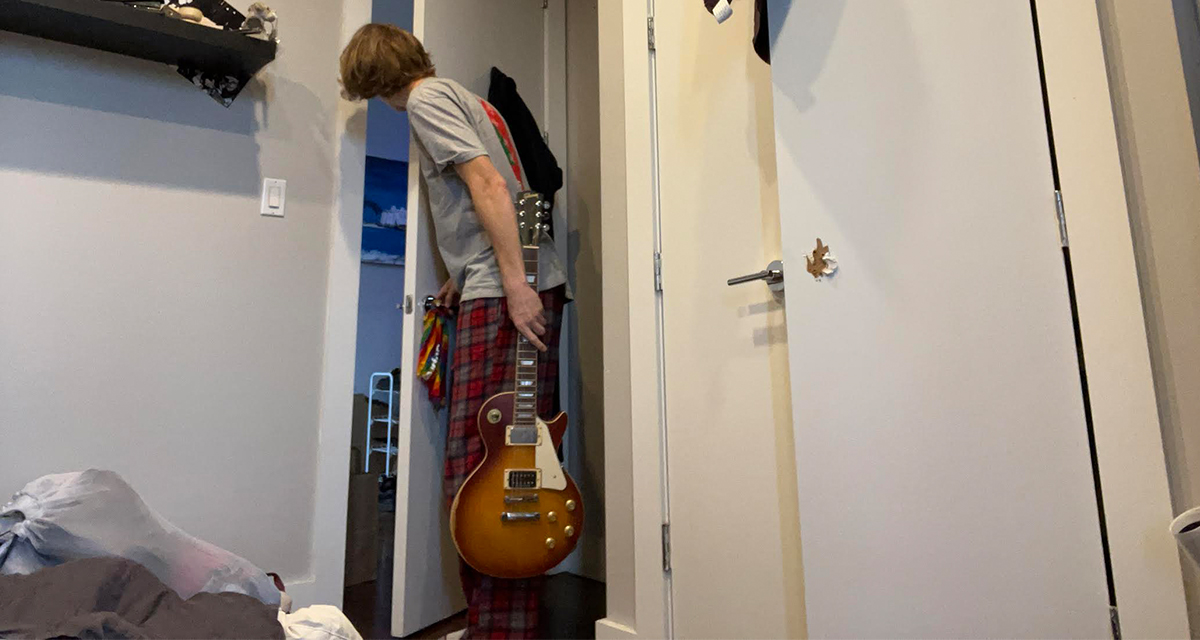 MESA, Ariz. — Over-indulgent guitarist Marky Pritchard was careful to make sure none of his roommates were home before he churned out some truly masturbatory guitar solos, second-hand embarrassed sources claimed.

“Since I don’t have anyone to play with, sometimes I really like to treat myself when I’m cranking juicy riffs, if you know what I mean,” said a suspiciously relaxed Pritchard. “But as my mom taught me when I was 12 years old, soloing is something you should always do in private. Sure, if I’m really jonesing to noodle my fretboard, I might sneak off to the bathroom and pluck away. But usually I wait until my roommates are away to do it. Maybe it’s not polite to admit I do it at all, but soloing just feels so good.”

Despite his careful planning, however, roommate Anisha Francis unfortunately walked in on Pritchard “giving himself aural pleasure.”

“I left work because of a cold, and all I wanted was to crash on the couch. Well, Marky must have thought he had the place to himself, because there he, was squeezing his guitar neck and blasting thick, hot licks all over my futon,” said Francis. “He denies it to this day by saying he was just tuning up. But I can’t get the image of him soloing in the middle of the living room out of my head. It was disgusting. I would’ve so much rather have caught him jerking off.”

While this seems like an isolated incident, local guitar store employee Tom Estes insisted there is an epidemic of young, hormonal guitarists soloing every chance they get.

“Oh yeah, I see it all the time. We’ve got a real problem with creeps who get off on soloing in public. I blame it on the internet, these kids have access to all sorts of tabs and they become addicted to playing by themselves,” said Estes. “It’s basically a daily occurrence. Some trench coat-clad creep wanders in off the streets with no intention of buying anything. Then they’ll just whip out ‘Eruption’ or pretty much anything by Dragonforce until I chase them out with a broom. It’s like, dude, there are kids in this store. Have some decency.”

At press time, Pritchard is considering seeing a therapist to help with his chronic soloing.