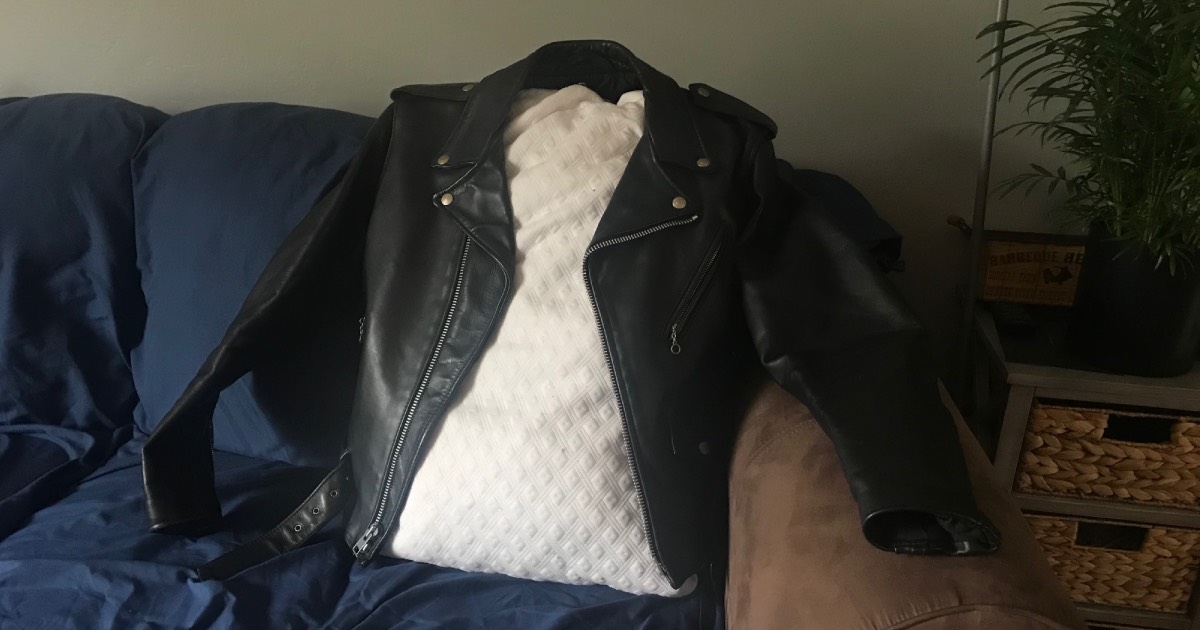 IDAHO FALLS, Idaho — Local man and recent entrepreneur Shawn Roberts revealed a pillow he invented while stoned off his ass early yesterday morning which promises to stay cool on both sides, sources report.

“People are always talking about the cool side of the pillow like it’s some kind of elusive mystery, so I knew that if I could just find a way to make one that’s cool any way you flip it, I’d really be in business,” said Roberts, seated next to a pillow wrapped in a motorcycle jacket and with Oakley sunglasses resting on top of it with an opened soft pack of Marlboro reds nearby. “Now, we’ve got a pillow that’s all cool, all the time, no flipping necessary. This pillow is so cool it could probably even pick up tons of chicks in person, just out in the real world, no dating apps necessary.”

The pillow is currently in its early beta testing phase among those close to the inventor.

“I can’t even tell you how many sleepless nights I’ve spent tossing and turning just trying to keep the cool side of the pillow close, but all I have to do is take one look at the bandana around the pillow’s head to know those days are over,” said Roberts’s cousin Josh Norwood, who is reportedly “crashing at Shawn’s pad for a couple weeks.” “Honestly, I feel kind of cooler just knowing the pillow. I’ve already told a couple people at work about some of the stuff we got into last weekend. Plus, I checked one of the pockets and found a dollar and the pillow let me keep it. What a fucking class act.”

Despite overwhelmingly positive feedback from both Roberts and his cousin, some negative reviews have already been reported.

“All he did was stuff a pillow in a leather jacket,” said girlfriend Darcy Wade. “It makes my face super sweaty when I sleep on it, and I have to peel it off me several times throughout the night. Plus it’s got these giant silver buttons that dig into my skin and always leave a circle imprint so it just looks like I have ringworm constantly. It’s not even physically cool to the touch either. If anything, we have to keep it away from the window or it bakes in the sun all day and gets hotter than a regular pillow.”

At press time, the cool factor of the pillow was put into question upon meeting the pillow’s older cousin from Amsterdam, who is made from hemp fibers.