Man Gets Out of Bed to Take Nap on Couch 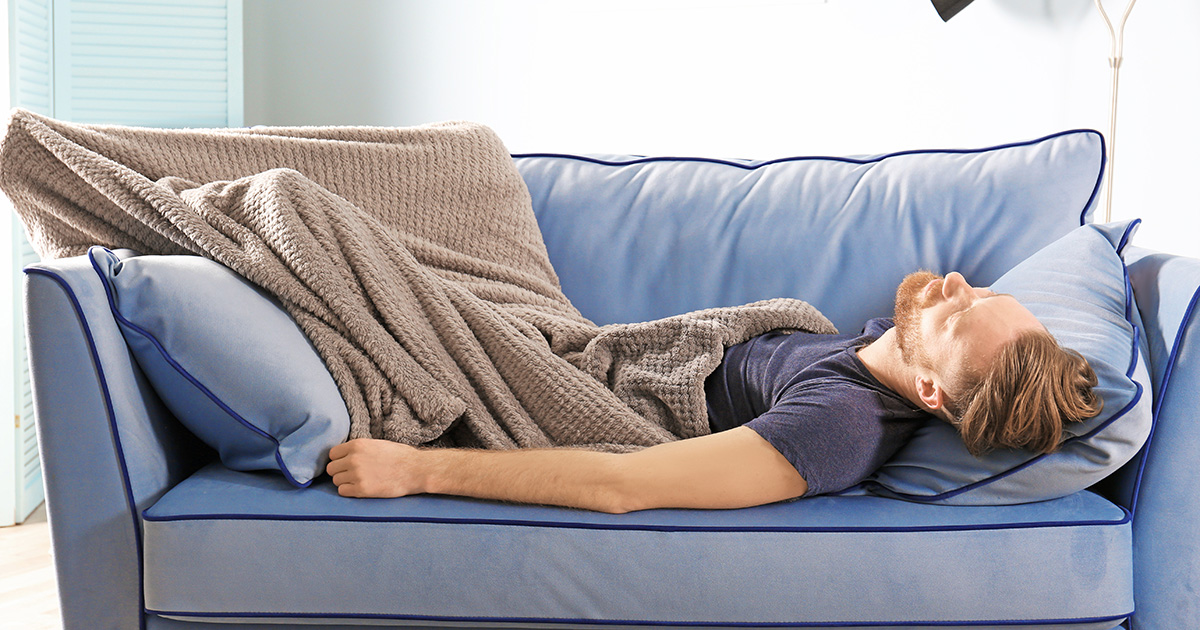 NEW YORK — Quarantined man Michael Gray repeated his rigid daily routine moments ago when he turned off his alarm, got out of bed, and promptly took a nap on the couch, sources close to the total loaf confirmed.

“I think the most critical part of staying sane is having structure to your day,” Gray noted as he logged into his work computer to give the impression he was working. “I usually set my alarm for 7:30 a.m. and snooze until about 9, sometimes 10. I check my work emails, and then go back to sleep for an hour or two. Usually, by noon the day is raring to go — I hop out of bed, shit, shower, shave, and go fall asleep on the couch for about four or five hours until I hear everyone outside cheering for hospital workers. That’s when I know it’s dinner time.”

“Sometimes I wake up in a complete panic and covered in my own saliva a bit earlier than I want to, and I’ll use that time to respond to Slack messages,” he added. “But overall, I’m killing this quarantine thing.”

Gray’s friends commended him on sticking to his rigid schedule.

“Mike’s been really hard to get a hold of because his schedule is always jam-packed,” remarked longtime friend Jason Pierson. “Whenever I text him, he usually doesn’t reply for hours, and he always mentions he was sleeping when he does. Last time we did a video call, his place looked like a wreck — there were empty beer cans and garbage everywhere, and he was stoned out of his mind. I’m honestly a little worried about him. I hope he’s still taking his meds.”

Career experts note that during this unprecedented shut down of society, some reduction in productivity is to be expected, but creating a routine helps stem the flow.

At press time, both Davies and Gray had fallen asleep in their respective kitchen chairs while each eating a pint of Ben and Jerry’s ice cream for dinner.