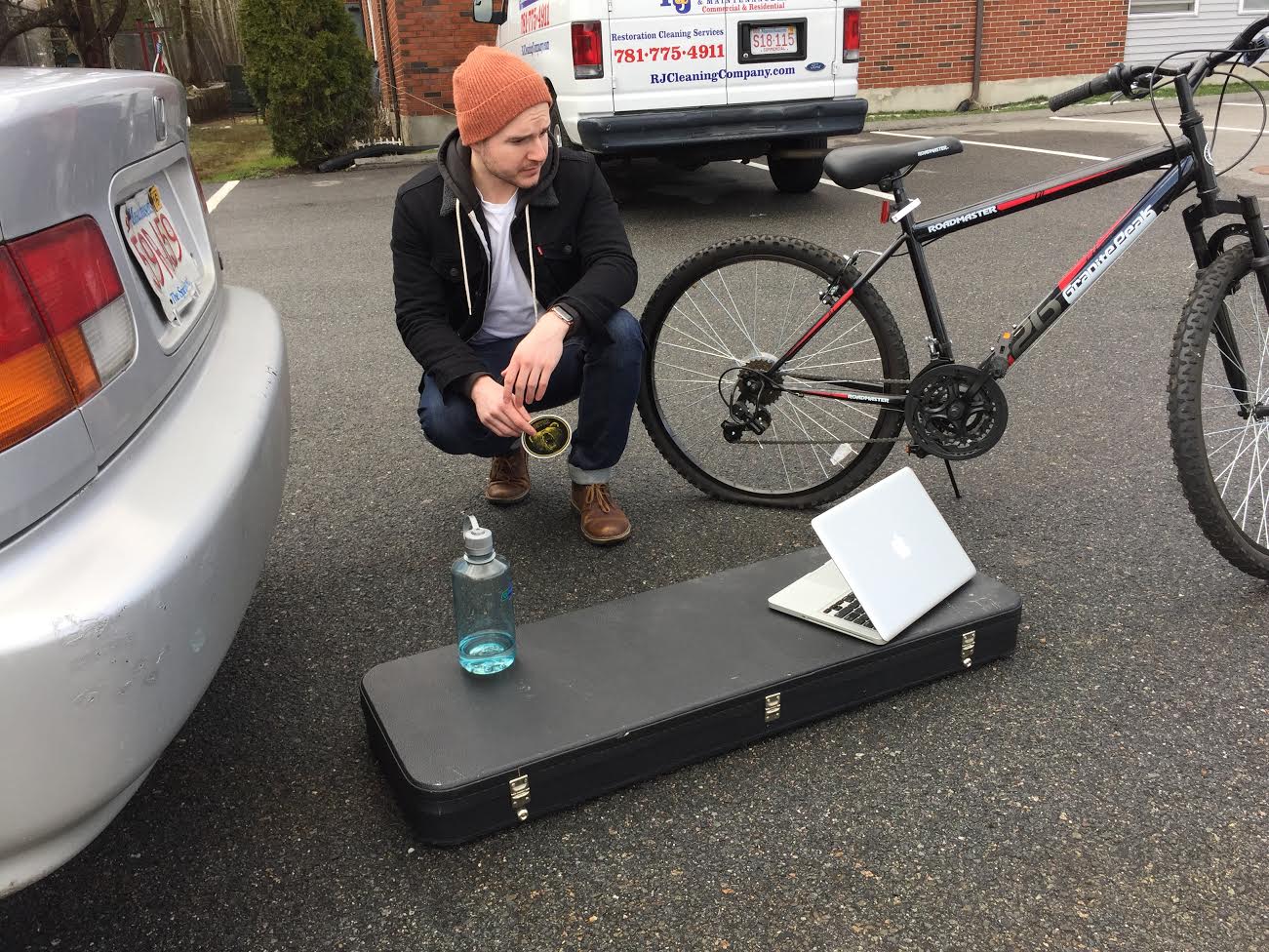 HANSON, Mass. — Local man Aaron Noble is entered into his tenth year of searching for the perfect surface to apply a sticker of beloved Boston hardcore band Blackjack, sources close to the indecisive man confirmed.

“I grabbed this sticker from their merch table the night they played their farewell show. This is the only thing I have left that will let people know I loved Blackjack,” said Noble after 15 minutes of staring blankly at his car’s bumper. “If I put it on something I end up throwing away within the next couple of years, it will be lost forever.”

Despite owning many surfaces to which most people would apply a sticker, Noble remains unsure what he will do, claiming that with each passing day, the sticker just becomes “a bigger deal” to him.

“I thought my microwave would be a good spot. Who owns more than one microwave in their lifetime? My guitar case is a good option, but I never take that out of the closet. There is also the carrier I take my cat to the vet in, but people might think my cat is actually the one who likes the band,” said Noble. “I just bought this car. It’s used, but in good shape. I just worry someone might rear-end me because they would freak out after seeing the sticker back there, thinking, ‘Damn! This guy is a Blackjack fan — he knows his shit.’ You know what I mean?”

Noble admits he has changed a lot over the past 10 years, but his struggle to perfectly place the three-inch, die-cut sticker has been one of his few constants.

“Man… it’s weird to think I was straight edge and vegan when I grabbed that sticker. Oh man, I was dating Julie back then. She’s married with a kid now, and I still can’t figure out what to do with a fuckin’ decal,” said Noble. “I should text her a photo of it and see how she’s doing.”

Blackjack’s former frontman, Kevin Horgan, manager of a kiosk specializing in cell phone holders at the Hanover Mall, was surprised to hear about Noble’s dilemma.

“I literally have 2,000 of those stickers in my mom’s basement,”  said Horgan while taking a cigarette break. “Tell him he can have them all. He just has to pick them up.”