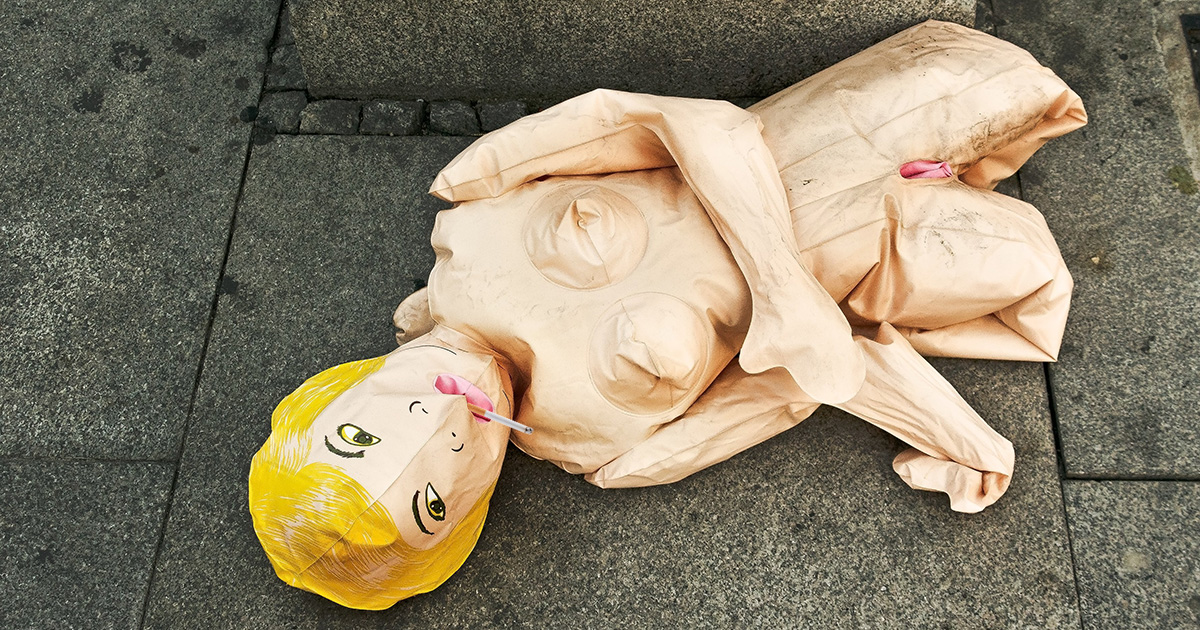 “When the doll arrived and I took it out of the box, I couldn’t help but notice its stringy long hair and the almost leather-like material its skinny body is made of,” McGuire explained in a disappointed tone. “And now whenever I get some ‘alone time,’ I can’t really get much enjoyment from it. All I can picture is Iggy Pop and his weird little dance moves, and it’s a complete and utter turnoff. I’ve told my therapist about it, and she thinks it’s some repressive sexual thing I have going on, but I really think it’s just the fact that this thing looks like it could sing for the Stooges or maybe be friends with Jim Jarmusch.”

Dennis Mendoza, a salesman at the manufacturer of the sex doll, used his 10+ years of experience to weigh in on the incident.

“Well, you get what you pay for,” Mendoza said as he was pushing a crate on a dolly. “I believe here at Pleasure Palace we are the gold standard in fuck dolls, but nothing is perfect. If you want to spend the bare minimum on a car, you’re not going to get the sunroof, the backup cameras, all the good stuff. Just like if you want to pinch pennies on a sex doll, you’re not going to get a knockout. You might get an emaciated dried up five-foot piece of beef jerky. Complaints have been pretty high lately, but with supply chain issues, people are lucky they can get anything to fuck from us at all.”

McGuire’s roommate, Arthur Woo, explained how he’s had to cope with the sex doll hanging around the apartment.

“When I came home from work the first time and saw that thing laying on the couch, I thought Allen had brought out a Halloween decoration early or something,” Woo said. “I had no idea he bought that thing with the intentions of having sex with it. It’s horrifying. I’m not sure the right time to confront him about leaving it out all the time, and I’m afraid he’ll say he has a mummy fetish or something. Maybe I’ll just find a new place.”

It was noted at time of press that McGuire was seen stuffing a rolled up carpet with what looked like dried corn stalks on one end into the trunk of his car.