MAGA Patriot Stalks Man for Three Miles in Self Defense 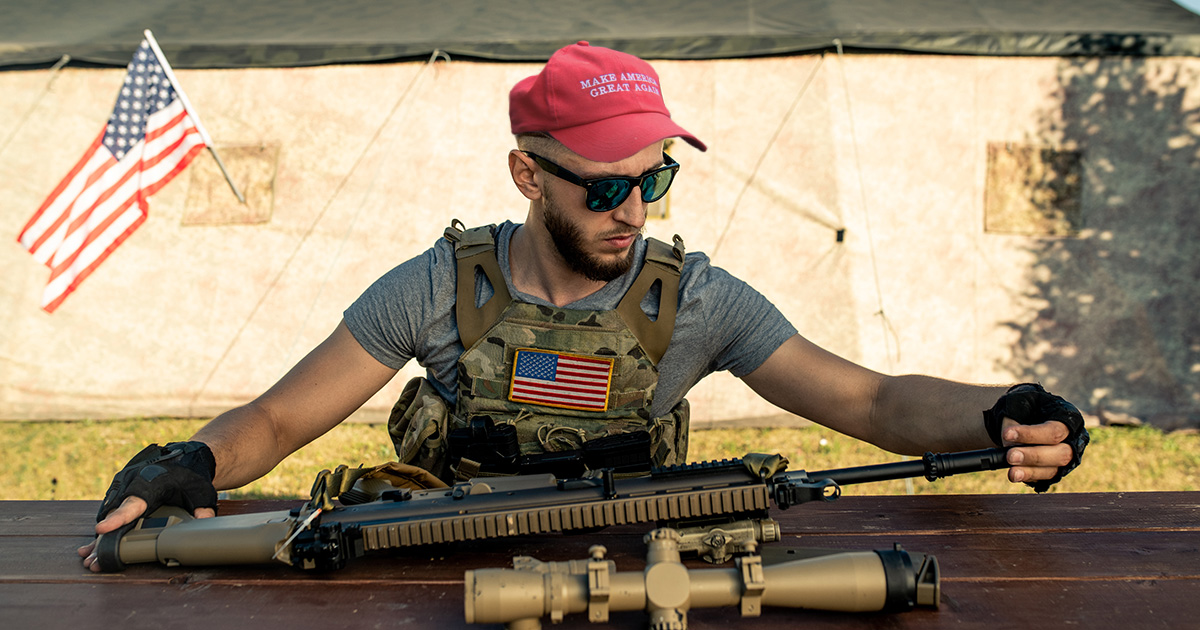 “Something didn’t feel right,” said Carter, his finger never leaving the trigger of his AR-15. “I’ve had several years of training with the Large Sons of Freedom militia, and I tactically ascertained that my well-being was either currently or eventually going to be in danger. My attempts to alert local law enforcement were unsuccessful, however, as I am currently forbidden from entering the station, so I was forced to take matters into my own hands.”

“I followed the target for several miles, camped outside of his house for multiple days, read his mail and hacked his social media accounts, all to ascertain when the target would launch their attack on me,” he added. “I have yet to be assaulted, so I would describe my actions as successful.”

Jacob Alvarez, Carter’s alleged potential attacker, was caught off-guard by the allegations, as he only contacted police after finding Carter rifling through his trash.

“I’m really confused,” admitted Alvarez. “This guy seemingly knows everything about me: where I work, how often I go to the bathroom, which hand I honk off with… I’ve been talking to the police, but we can’t figure out why he followed me. I tend to wear a hoodie at nights, so our best guess is this may not have happened if I was dressed a little more modestly.”

For their part, law enforcement has spent nearly no time figuring out why the self-proclaimed “patriot” would feel compelled to exercise his second amendment rights in Alvarez’s home.

“Actual assault doesn’t need to take place to stand your ground,” remarked Bend Police Chief Arthur Cromwell. “A battery incident is typical precedent, but in cases involving white men, the defendant merely needs to suspect possible future assault to engage in counter-assault defensive measures. We call this ‘preemptive reactionary aggression,’ where someone shoots the assailant before the assailant even knows they want to attack the victim. Unfortunately, we were too early to pre-prevent this eventual assault from potentially happening.”

At press time, Carter was following a young woman whom he was positive would be “asking for it” some day.