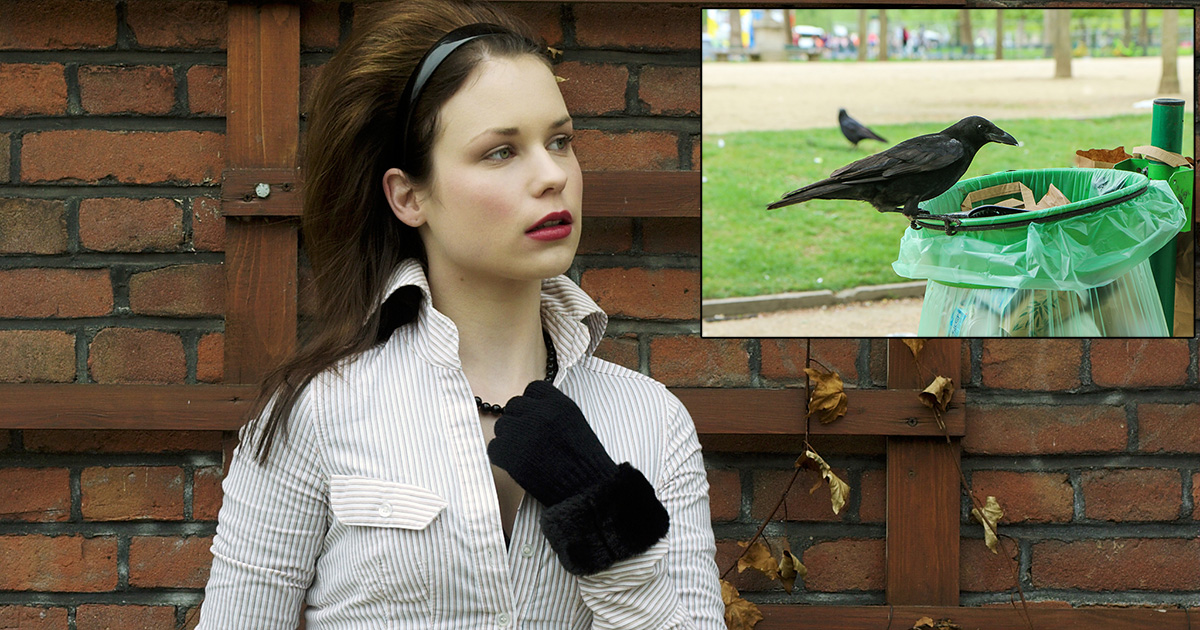 MINNEAPOLIS — Local goth Matilda Flowers spent the afternoon wistfully staring at a pair of crows eating a pile of Funyuns next to a dumpster yesterday, concerned sources reported.

“Oh, to have what they have,” sighed Flowers, who had recently gone through a breakup. “All I want is to spend a hot summer afternoon pecking away at sewage-soaked Funyuns with my beloved. Crows mate for life, so those two will be eating garbage together for eternity. Meanwhile, I had to go on a tinder date with a guy named Tanner last week. My soul yearns for just a taste of what these two dead-eyed birds have with each other. I don’t care how many sun-baked sidewalk pizzas I have to eat.”

Flowers’ long-time friend and fellow goth Rachel “The Raven” Williamson explained that a pair of crows is the ideal goth relationship.

“Crows have everything that goths don’t,” said Williamson. “For example, screaming at passing children from a tree branch is frowned upon if you’re human. Crows on the other hand get a free pass. It’s borderline unfair that crows can play inside roadkill and hang out in cemeteries while goths have to pay taxes and follow laws. Hell, a group of crows is literally called a ‘murder.’ Ever wondered where the inspiration for our sorrowful poetry comes from? It’s all crow envy.”

Ornithologist Joe Baxter explained that crows might not be the best birds to envy.

“I love it when people take an interest in the animals I study, but this may be too far,” said Baxter. “For years crows have been painted as these mystical creatures, but you have to remember that they’re just a bird that won’t hesitate to eat your garbage. Foraging might look fun and all, but in the end all it gives them is indigestion and parasites. That’s not poetry-worthy and neither is a bad case of ringworm. The only thing I’ll give on is the mating for life point, which is one thing our species sucks at.”

Flowers was later seen trying to flirt with another crow perched on a mailbox it had just shit on.