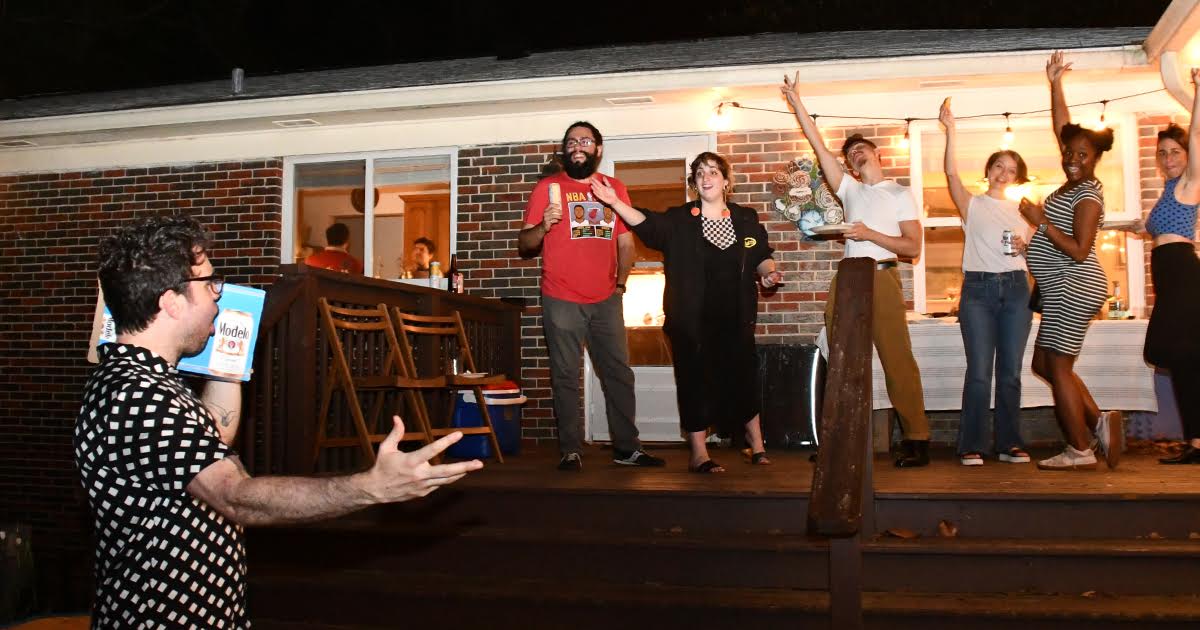 ANN ARBOR, Mich. — Local man Rick Anderson remains ignorant to the fact that the generous beer donations he makes to his neighbors’ basement shows are the main supply and lifeblood of the local DIY scene, buzzed punks confirmed.

“Rick is like the father most of us wish we had. He helped me build my bar and taught me about carpentry,” said Anderson’s next-door neighbor Chase Shelton. “Last weekend someone drop-kicked the water heater over at Charm House and he skipped the Tigers game to repair it for them. Then when my friend Dan (Rooney) had a leak in the ceiling of his apartment Rick let him crash in one of his kid’s rooms. I heard Rick made them pancakes then they got drunk at the zoo. Rick is the fucking best. He always shows up with a couple of cases of PBR and some sour IPAs from HOMES brewery.”

Anderson insists that since his wife passed and his kids went off to college, he really just needed an excuse to leave the house.

“This group of kids throws neat little parties all the time. Typically a couple of them practice music. It’s a little rough, but you’ll never hear me complaining about live music. I like to rock as hard as anyone. Maybe someday they’ll be able to play some Rush,” said Anderson. “I feel a bit out of place here, but these kids were kind enough to invite me. So I figure, why the hell not? This beats sitting at home watching ESPN. When I finish renovating my basement I’m going to invite them over to play one of their concerts at my place. Maybe we can all play some Styx together.”

Long-time scene veteran, Brenda Hill from down the street, stated that while they feel indebted to Anderson they might be too dependent on him, without him the scene falls apart.

“Our first and last Sunday night show was the same night as a Lions game,” stated Hill. “It was a disaster. We all figured Rick’s good for a couple of cases of beer, but he was a no show because the Lions were actually winning for once. Halfway through the first set we ran out of beer. Most people left for the bars before the second set. Someone clogged my basement toilet. Rick like, knows how to fix stuff, he would have been able to clear that up in no time.”

At press time, Shelton’s basement suffered a power outage which delayed the show until Anderson showed up to show them what the breaker box was.