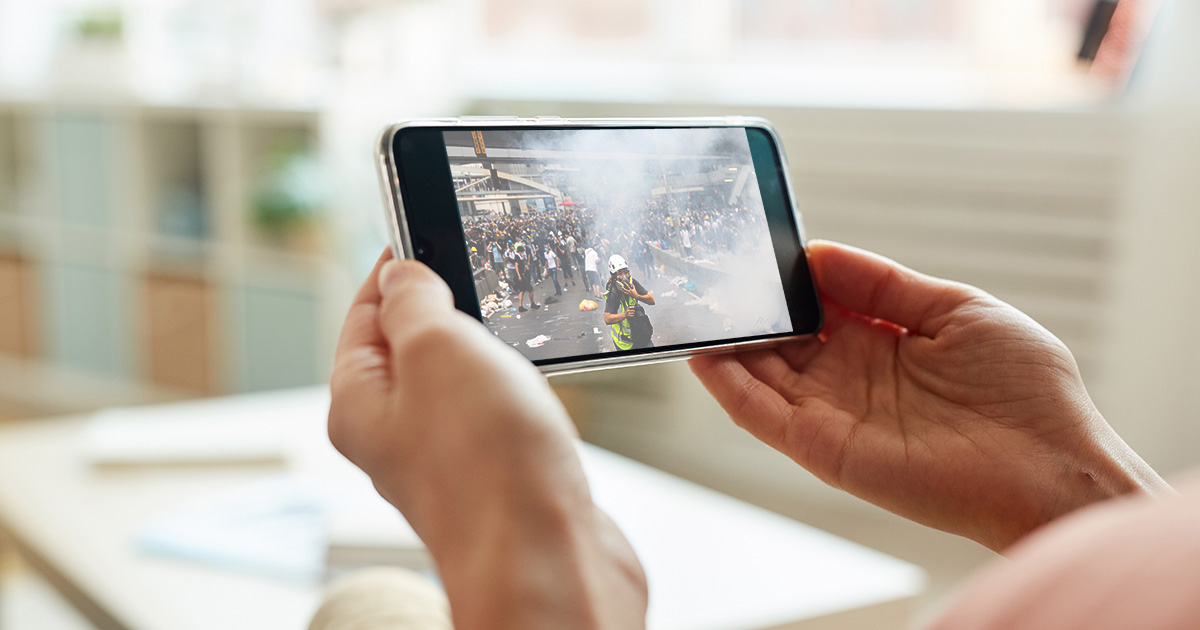 ASHEVILLE, N.C. — Local concerned citizen Rob Cinyek is providing a detailed play-by-play account of last night’s protests against racial injustice, as witnessed in real time from the comfort of his couch.

“Shit got pretty hairy for a minute there. The cops started shooting tear gas and everyone took cover behind a parked car,” Cinyek told others viewing the same live video on Facebook. “That’s when things got hazy because I had to go do the dishes, but when I came back, shit was still going wild… and the mainstream media won’t show you what is actually happening on the streets. I spent a half hour arguing with someone who claimed the protesters were inciting violence, but eventually we figured out that we’d been watching two completely different live streams. Kind of inspiring that we could overcome our differences like that.”

Those close to Cinyek tried telling him that his brand of activism may be counterproductive.

“It’s bad enough that cops are tear-gassing people and shooting rubber bullets for no reason at protesters without these skewed accounts of what went down from people who weren’t even there,” said friend Imiri Kramer. “I tried to tell Rob that he can Venmo me money for supplies or donate to a bail fund if he wants to get involved from home, but he just said that he was ‘gearing up for round two’ by making sure he has enough snacks within arm’s reach to avoid any extra trips to the kitchen.”

“It’s not a good thing for people to be taking in so much raw, unfiltered footage — a trusted, reliable news source knows when to cut away just after police take a knee and before they return to spraying rubber bullets,” said Brennamen. “And what about production value? For our last story, we spliced in a few clips from the end of the first ‘Avengers’ movie. How many streamers can clear those kinds of rights?”

“We as journalists have a responsibility to keep our cameras trained on only the most hard-hitting truths,” Brennamen added. “That’s why we’re camped outside of this Lululemon waiting for someone to start looting.”