Local Man Gets in Touch With Nature by Relentlessly Instagramming Hike 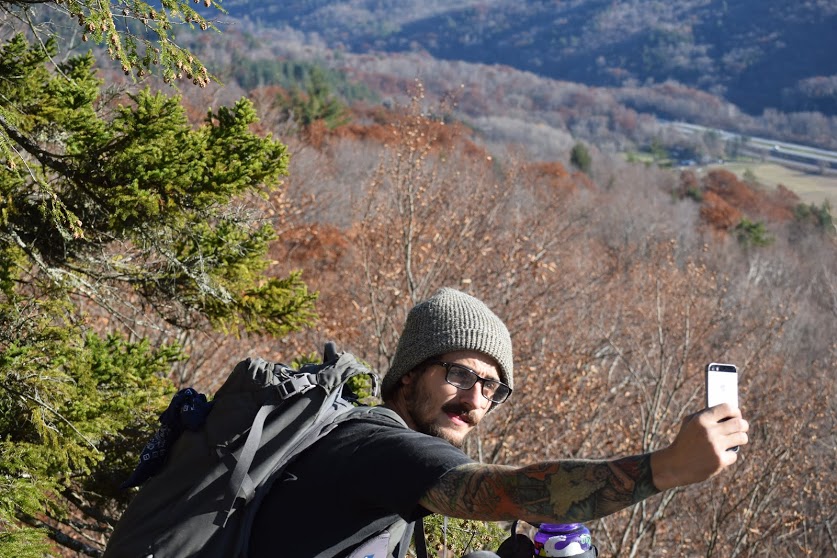 BURLINGTON, Vt. — Local man Aaron Forks spent the greater part of his day staring into his phone, attempting to post photos of an afternoon hike to his Instagram while “just trying to get away from it all,” sources confirmed.

“I really needed to get back to nature for a bit, but nobody really told me how shitty the service is out here,” said Forks after posing for an Instagram photo that would eventually collect 13 likes. “I was Snapchatting with this girl I met on Tinder, and a quarter-mile in I’m at zero bars. What if she is trying to send me something right now and I have no idea if people think this trail is cool because this picture is taking forever to upload?”

Forks’s main subject of photography was close up shots of himself, as opposed to the many impressive views and close calls with majestic wildlife he unknowingly walked by while using his forward-facing camera and battling nature for service.

“If I had known all my problems from home would’ve followed me out here, I wouldn’t have even bothered,” sighed a visibly frustrated Forks. “I didn’t come here to fight shitty Wi-Fi all day. This could all be fixed if they just built a few cell phone towers around this valley.”

As the sun began to set, Forks was in full on panic mode, fearing he had missed out on the perfect shot that proved he was one with nature.

“Why would I even buy these boots and $75 Camelback if no one could see my whole getup? How in the hell am I supposed to feel at peace with this bullshit!” shouted Forks from atop a tall rock, waving his phone in the air in a desperate attempt to get a cellular signal.

Upon arriving at his Subaru Outback parked at the trailhead, Forks reflected on his journey as he treated his 232 followers to a 12-item image dump consisting of selfies and shots of his feet on the trail.

“It really felt good to get away from the city for a bit. I just feel so bad for the people that are slaves to their television and never take a minute to appreciate the beauty that is all around us,” said Forks. “They’re really missing out.”