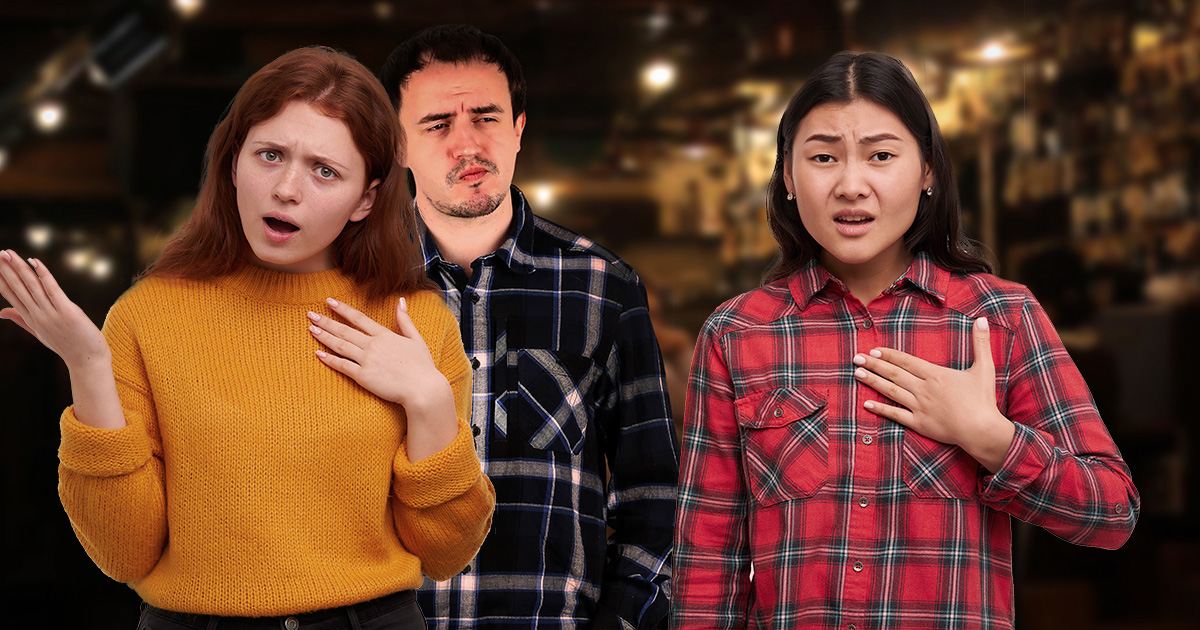 RIDGEWOOD, N.Y. — Local creep Lance Weems narrowly squeezed past two women at a limited capacity venue last night despite having plenty of walking room to go around them, confirmed sources who want to have a word with this guy.

“First show since the shutdown last year, and already some creep in a pageboy hat has his hand on my hip while he squeezes by me and avoids eye contact like his life depends on it,” said Brooklyn resident Natalia Guerra. “I’ve kind of come to expect these things, but this place is fucking mostly empty — there’s like, 12 people here. But I guess if the most direct route to the bathroom is between two women standing six feet apart and not any of the 30 square feet of empty space around them, then so be it. I think I don’t actually miss shows.”

Additional attendees who found themselves in close proximity to Weems despite not needing to be whatsoever reported similar experiences.

“Doors had been open two minutes when this guy came up to the bar to order a drink. When I asked him what I could get him, he just said, ‘Surprise me,’ so I knew this situation was gonna be irritating, at best,” recalled bartender on duty Audra Moser. “When I handed him his watered down rum and root beer, he kinda pulled me in so he could ask me what he owed me right in my ear. I could see if this was a slammed Friday night two years ago, but I could hear the couple by the pinball machine across the venue talking about remembering to pick up cat food on the way home. How are we deciding who makes the 33% cut, anway?”

Despite overwhelming criticism from essentially every person who’s ever crossed paths with him, Weems defended his moves.

“I think all women are strong, beautiful goddesses, and I do my part to show them how much I appreciate them by standing as close to them as humanly possible for as long as they’ll allow it and admiring their tattoos with my hands,” he explained. “Plus, these girls are my scene sisters, so sometimes I feel like it’s my duty to protect them… which is why I keep such a close eye on, and physical proximity to, any of the ones who look in my direction for one second.”

Weems was later seen calling every woman who didn’t accept his offer to walk them home a “bitch.”