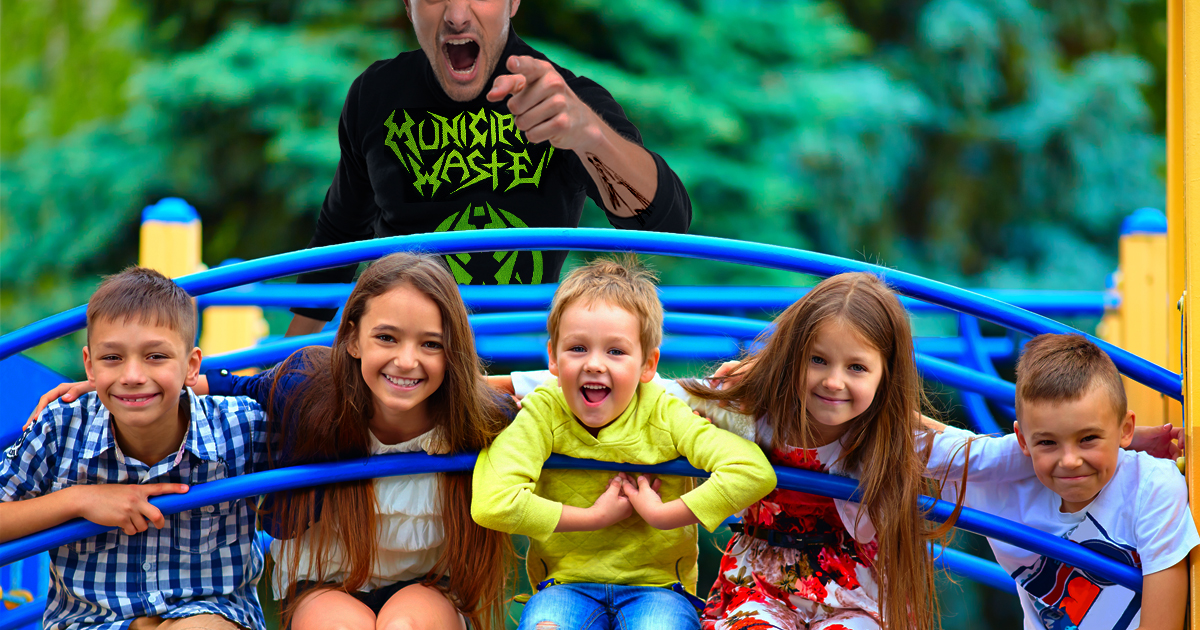 DOVER, N.H. — Avid heckler Roland Cobb was escorted out of a local park today for yelling at a group of small children talking amongst themselves, telling them to “shut up and play,” irate sources confirmed.

“Those kids were just standing around, wasting everybody’s time, probably gossiping over who wet the bed or whatever. I gave them a gentle reminder that the sun is going down and none of us are getting any younger around here,” said Cobb from the sidewalk perimeter of the park. “I just said what everyone else was thinking: their parents didn’t come here to watch them talk about what they learned at preschool, or who has cooties. They came here to watch their kids play tag and barrel down some fucking slides.”

Gina Cummings, whose daughter Cobb accosted, was outraged by the grown man telling her child what to do.

“The kids were all laughing to themselves, having a great time… and then I heard this guy boo them from a distance. I didn’t think much of it, until he got next to them and cupped his hands around his mouth and yelled, ‘Shut up!’” said Cummings. “Then he tried to start a ‘Duck, duck, goose’ chant. When Emily started crying, me and the other parents ran him out of the park.”

Local bouncer Emmet Roberts allegedly has had many run-ins with Cobb over the years.

“Any time Rolo comes to a show, I know eventually I’m going to have him in a hammerlock as I lead him to the door. I honestly don’t know what his deal is. Once, he wouldn’t stop screaming ‘Born to Run!’ at a bartender; and another time, he tried to start a ‘This place sucks!’ chant in the bathroom,” said Roberts. “Last week, I saw him at the supermarket, walking up and down the aisles muttering, ‘Freebird!’ and whipping half-empty water bottles at the staff. It’s not much fun.”

At press time, Cobb was forcibly removed from a Little League baseball game after yelling, “Throw a fast one!” before each pitch.