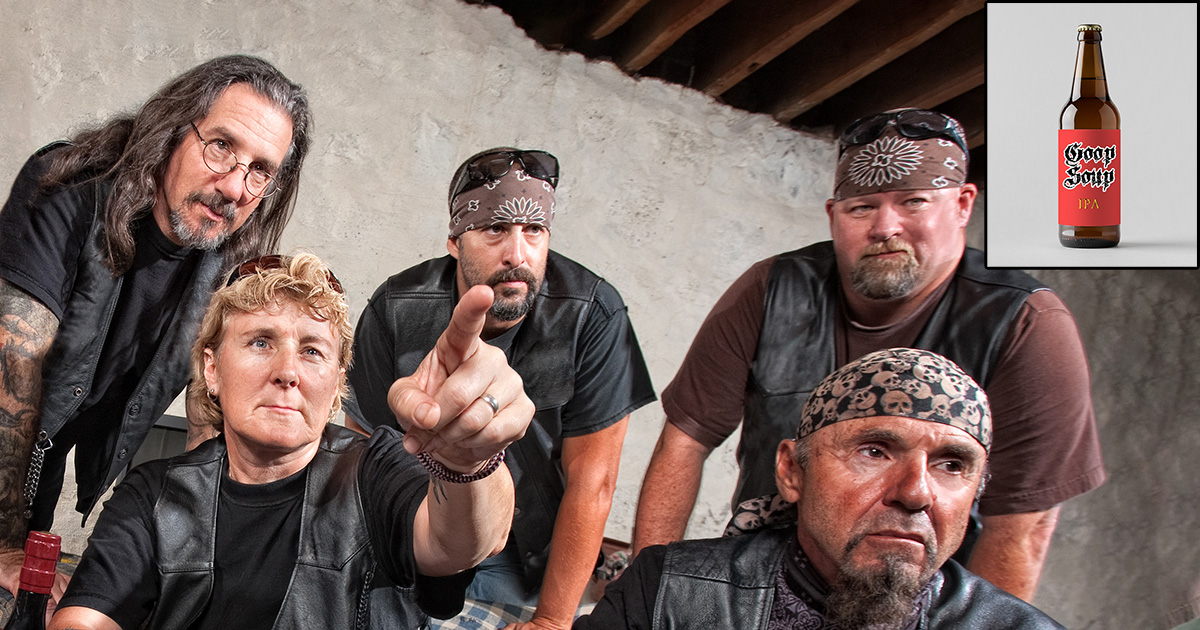 “We felt like it was finally time to put our egos aside and get back together. Financially speaking, of course,” said 50-year-old lead vocalist Raul Moss. “What can I say? I missed these guys, but I also really missed making oodles of cash for doing little to no work while getting super laid. When I saw these other bands slapping their logo on a can of beer, I saw my retirement plan: I knew we had to get on the train, lest we be left at the station,” he said, apparently referencing Goop’s ‘80s smash hit “Gooptrain to Sexville.”

Fans could not be more pissed off about the new release.

“What the hell, man?” said Andrew Hoffman, a devout “Gooper Trooper.” “When I heard they were getting back together, I assumed it meant new music, but all they’ve released are knick-knacks and cereal boxes. They even went through the expensive, ridiculously arduous task of building a mobile phone game. I’d really love for them to at least do a reunion tour. If the beer is the only thing they think is feasible, I mean, obviously I’m going to buy it. But I’m not going to be happy about it.”

“It happens all the time,” said Duggan. “We’ve whipped up so many different batches of beer to keep up with these hackless bands we’ve just said, ‘Fuck it’ — we’ve got one recipe for all of them, and just give the cans different labels. It’s all the same boring crap: watered-down IPA with tree bark concentrate and red food coloring to make it look ‘badass,’ and $12 a bottle for basically a dyed Bud Light. It upsets me as a beer fan, but as a brewery owner, I couldn’t be happier.”

At press time, fans were too drunk off Goop Soup to comment.