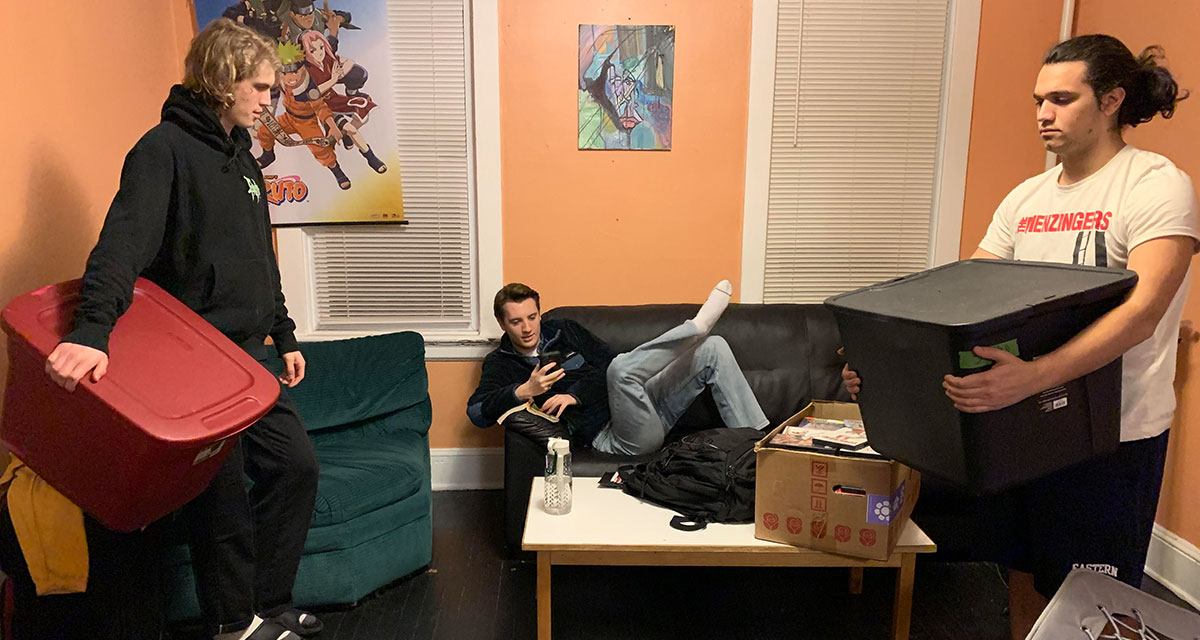 CINCINNATI — Local singer Troy Nickelson of shoegaze band Neon Leggings sat back and watched yesterday as his bandmates moved all of his belongings to a new apartment across town, disgruntled and exhausted sources reported.

“I can’t believe how seamless this move was. It’s almost like I didn’t lift a finger,” Nickelson said, sitting in a room of unopened boxes. “I actually had a pretty crucial job of directing people where to put stuff and reminding everyone how to properly lift with their backs. I would’ve done some physical labor myself, but we have a show tomorrow and can’t have any freak accidents happen to me. It would be too risky for me to be walking up and down five flights of stairs carrying all of this heavy stuff.”

“Could you imagine if someone dropped a heavy box of records onto my hand and I wasn’t able to grasp the mic during the show?” asked Nickelson. “If you really think about it, these meat hooks are probably the most important ones in the band for that reason.”

While bandmates were displeased with Nickelson’s lack of participation in his own move, they were unsurprised by his behavior.

“The guy didn’t even offer us beer or food for the free labor, and pretty much just smoked cigarettes outside the U-Haul van the whole time,” Neon Leggings drummer Kelly Waifer said as she stretched her back. “He kept saying stuff like, ‘Good job, guys’ as he posted Instagram stories of us doing his work. The only difference between this move and any of the shows we play was he didn’t bail on us to go hit on the bartender.”

Professional moving companies have repeatedly noted that singers of bands are some of the most difficult clients.

“It’s damn near impossible to move these guys without several hiccups,” Tyler Chesterfield of On-The-Go Movers said. “We were once hired to move Henry Rollins to a new house, but when we arrived, he hadn’t packed anything into boxes beforehand and fully expected us to repaint his walls. And when we told him that those things were outside the scope of our services, Henry gave us a stern 45-minute lecture about DIY ethics and culture while hiring a couple of guys off TaskRabbit to pack and paint his walls.”

Nickelson allegedly texted his bandmates late last night after they finished, asking if they could come back over to unbox all of his belongings.