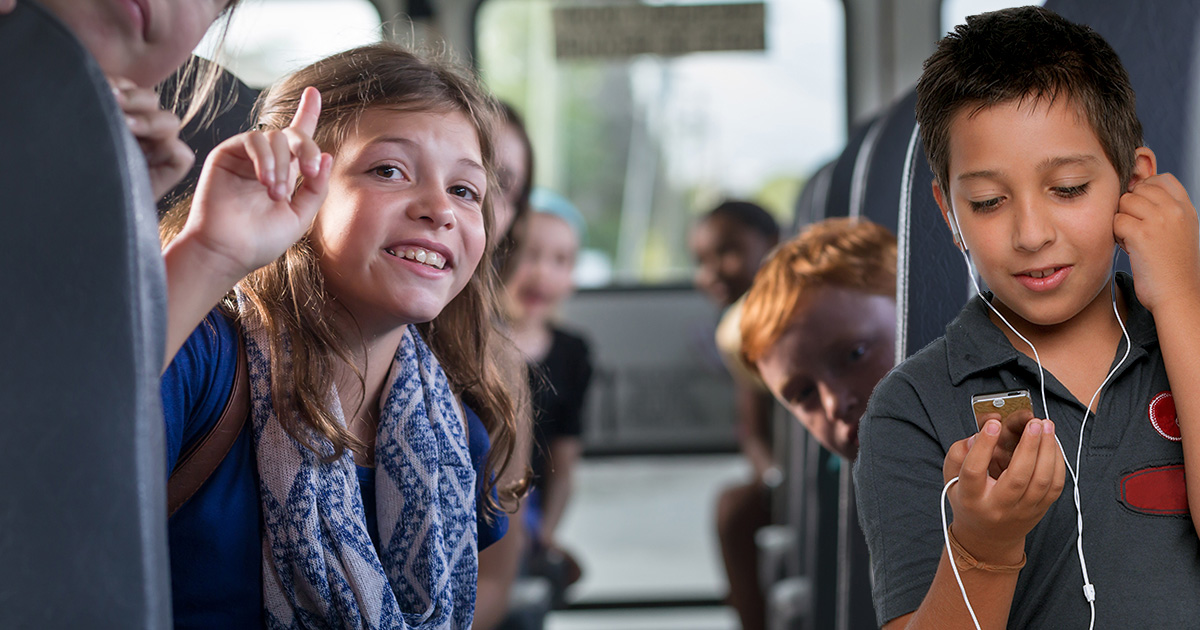 “I couldn’t believe it! I was talking about Fortnite, like I always do, but [Barker] usually keeps his headphones in the entire time… kinda just catching the general idea of what I’m saying during his silence between songs,” Hoffman said. “But when he took the earbud out, I finally felt like I mattered to him.”

Witnesses were stunned that Barker, a popular 13-year-old rarely seen without wearing his headphones, granted audience to the lowly Hoffman.

“That guy is basically worshipped by everyone — the back seat of the bus is left open for him, even on days he doesn’t come to school,” said bus rider Shawnte Phillips. “It’s an honor that he’d only listen to the left track of Eminem’s new album to hear what [Eliza] had to say. It’s basically like getting a shoutout by PewDiePie or something. Really big stuff.”

“Spotify was playing a commercial for mattresses anyway,” Barker said, without removing his headphones. “And she was using her hands a lot, so I figured it was important. But when the next track started, I put it right back in.”

Even Barker’s parents were amazed by their son’s graciousness.

“When I come into his room to say goodnight, I’m lucky if he even notices me,” Dylan’s mother, Dakota Barker, said. “One time, I kissed him on the cheek and accidentally caused his headphone to fall out… and he wouldn’t make eye contact with me for a week. This is pretty big news.”

Rumor in the hall is that Barker and classmate Lindsay Petrouski are now dating, after he was seen sharing one of his earbuds with her to watch a “Teens React” video at lunch.