Kid Windmilling in Pit Tilted by Old Man on Horse 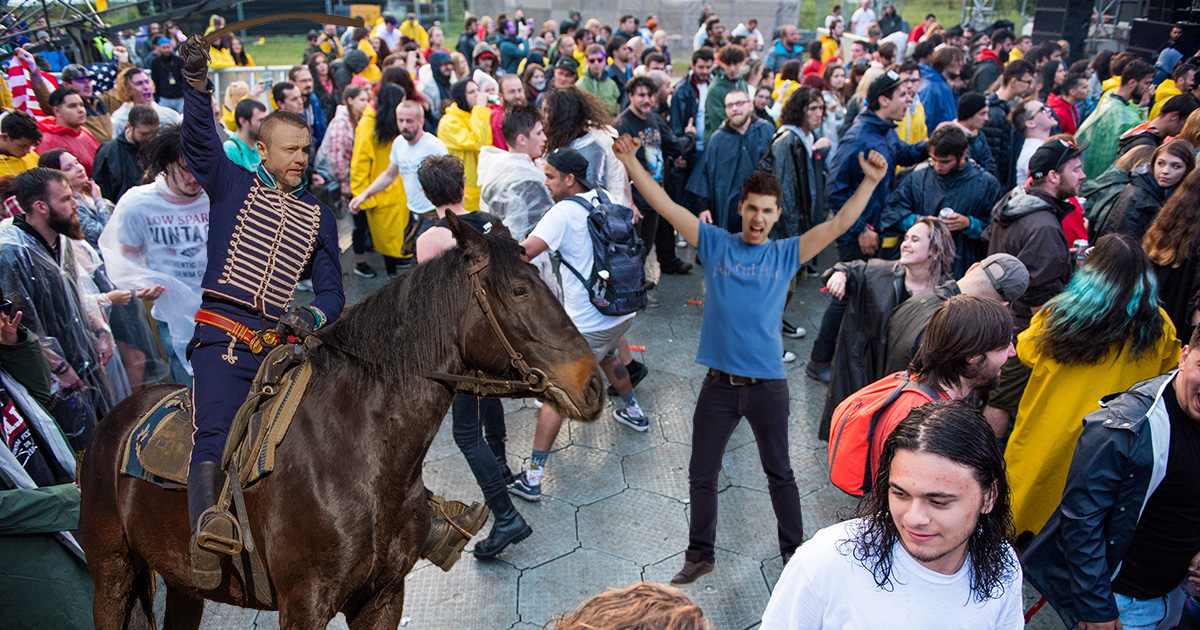 LANGHAM, Saskatchewan — A Beta Cucks show last night at the Langham Legion Hall was interrupted when a windmilling punk was tilted by a mysterious old man on a horse, Canadian sources report.

“I was at the liquor store buying weed, and I see this guy in a full-on suit of armor gettin’ hassled by the staff for smoking a pipe,” said local showgoer Randi Williams, who first spotted the man in town. “When I walked out, he was slouched over on the sidewalk, super upset — saying something about his buddy Sancho ditching him and he needs to get back to… Toledo, I think?

“I’m pretty sure he was totally hammed,” Williams added, “but he saw my Beta Cucks shirt and said, ‘See ya at the show.’”

Hours later inside the venue, when local punk Dan Nelson formed a pit with three others and began windmilling, the mysterious man, now on horseback, charged through the crowd to tilt the 16-year-old showgoer.

“The guy ripped past the bar and flat-out nailed buddy with a lance. Kid biffed er’ hard!” said show organizer Bud Borrell, who witnessed the attack. “I asked him why he did it, and he’s like, ‘They might be giants!’ Which is totally not punk… but whatever, poser. His horse did drop a massive shit on the floor, though — that was pretty funny.”

“Told him to get on his little horse and ride back West — save that shit for the rodeo,” said Mikulski, who added that while the man left without fuss, this was not an isolated incident. “I’m used to these douchebags who come in from the city and wanna throw elbows on the weekend… but crowd-killing on a horse? That’s the lamest fucking thing I’ve witnessed in 25 years of attending all-ages shows at legion halls.”

For his part, Nelson was last seen laying in a snowbank, awaiting his parents and refusing medical attention despite several near-fatal injuries. “You should never call 911 at a show,” Nelson said.