Kid Who Got Guitar for Christmas Announces Indefinite Hiatus 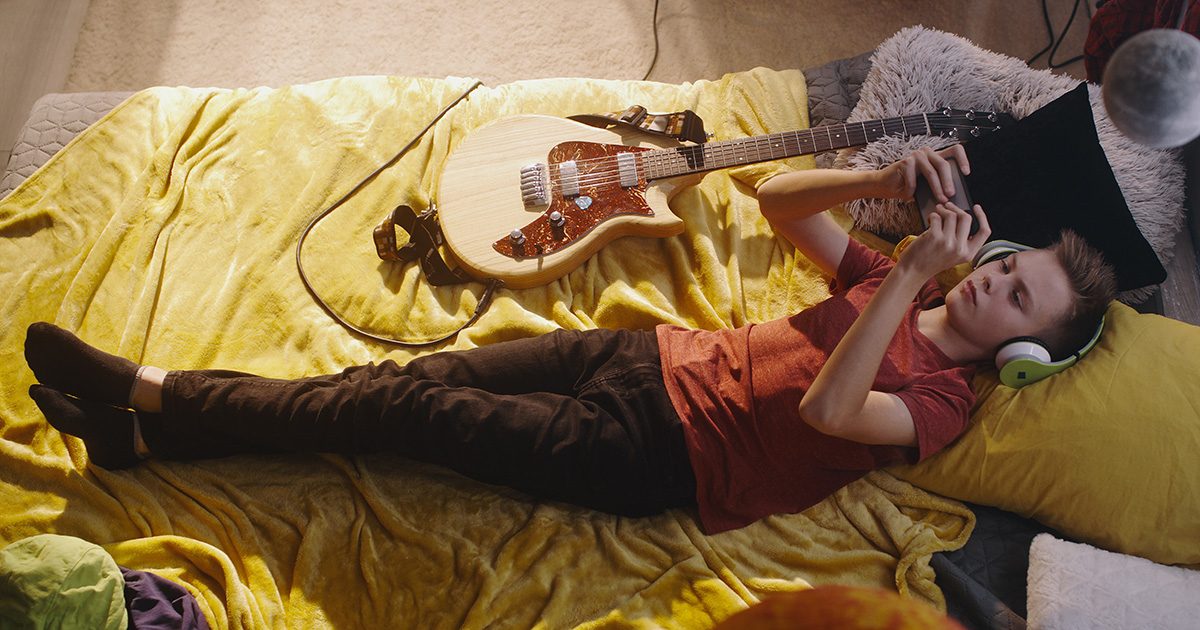 SARASOTA, Fla. – 6th grader and budding musician Wyatt Backstrom announced that he was stepping away from the Squier Strat he received for Christmas for the foreseeable future, his furious parents reported.

“After weeks of soul-searching, I have realized that my heart just isn’t in the music anymore. I’m taking a much-needed step away from the guitar,” announced Backstrom, who hadn’t yet mastered an open G chord. “For me to continue would be nothing more than going through the motions, and my fans deserve better. I aim to devote more time to ‘Fortnite’ and ‘Minecraft,’ and have changed my Twitch name from WyattGuitar to WyattThaN00bPwner. Please respect my privacy at this time, unless you want to subscribe.”

Wyatt’s father Oliver Backstrom is reportedly not handling the news of the hiatus well.

“God damnit! He begged us for a guitar all fall after seeing someone do a two-hand tapping lick on TikTok and he gave up the moment he realized you actually have to put in a little bit of work to figure it out,” growled Mr. Backstrom, who was excited to share his passion for guitar with his first-born son. “I printed out the tabs for King Crimson’s ‘21st Century Schizoid Man’ and Wire’s ‘Pink Flag’, both of which he gave up on immediately. He almost learned the power chords to Olivia Rodrigo’s ‘good 4 u’ but I had to get him off that pop-punk hack bullshit. Whelp, he’s about to learn a lesson in economics because I’m making him sell the guitar on Craigslist himself.”

Fans of Wyatt expressed their devastation over the pause of his career in many colorful ways.

“I can’t believe it, his music changed my life, like the one snap he sent to me of him posing with the guitar even though the amp was off,” said classmate Kyla Walker, who is speculated to have a crush on Wyatt. “At least I have all his previous works to go back to, saved on my phone’s Camera Roll. But I guess I support whatever is best for Wyatt in the long run, as long as it ends with us getting married.”

As of press time, Backstrom is reportedly titillating fans with clues on social media about his next career move which may feature requesting a dirt bike, snowboard, or Sony Playstation 5 for his birthday.