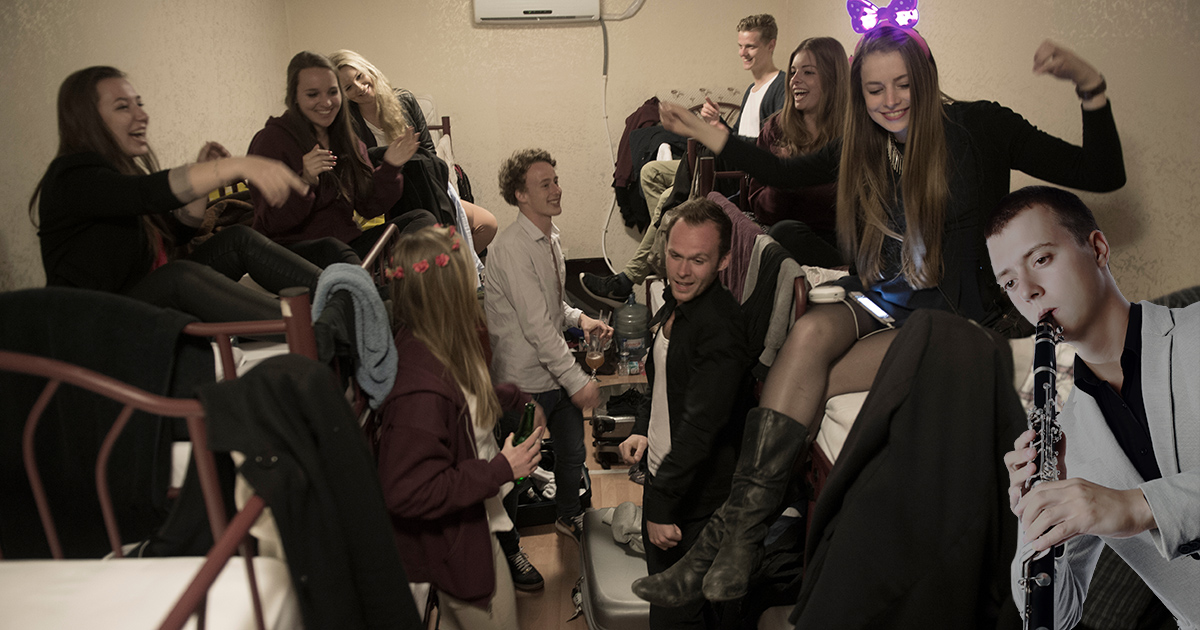 “Juilliard, the most prestigious school for music education in the modern world, has never experienced such a vulgar and pedestrian performance in its over 100 years of existence,” said resident assistant Kaylee Singh. “We burned so much sage you can barely see, and a Catholic priest will perform an exorcism tomorrow. Not that any of us really believe that mumbo jumbo, but better safe than sorry.”

Baldwin allegedly tormented the Meredith Wilson Residence Hall with his rendition of “Wonderwall,” unable to “just chill” despite suggestions that “…we take a break from music for the night and just have some drinks.”

“Hey, I was trying to have a chill time and kick it in the dorm with some dope tunes,” said Baldwin between bong rips in his tapestry-adorned room. “It was either ‘Wonderwall’ or ‘Amber Is the Color of Your Energy,’ but my oboe was definitely vibing harder with the boys in Oasis. It’s a great song… and sounds even better on a C woodwind. A lot of these fucking posers wouldn’t know a good musical composition if it bit them in the ass.”

“I’ll definitely take advantage for help coping,” admitted sophomore August Adams. “The oboe is already inherently awful and goat-like. But just wait until you hear a fucking melody from the Gallagher brothers, unaccompanied by any other instruments. I’ve heard Charles Manson interviews that are more pleasant.”

Baldwin’s professors, sadly, were not surprised by his antics.

“Obviously, it’s well-known oboists are the fratboy douchebags of the orchestra,” explained Professor Dorian Nixon. “For example, I like to keep my ensemble democratic, so students get to vote on one piece to learn per semester. Out of Debussy, Bach, or Wagner, Chazz wrote-in Green Day’s ‘Good Riddance (Time of Your Life).’”

“There was no write-in option,” Professor Nixon added.

At press time, Baldwin was being chased through Central Park after reciting bits of Dane Cook’s stand-up act through a vocoder.