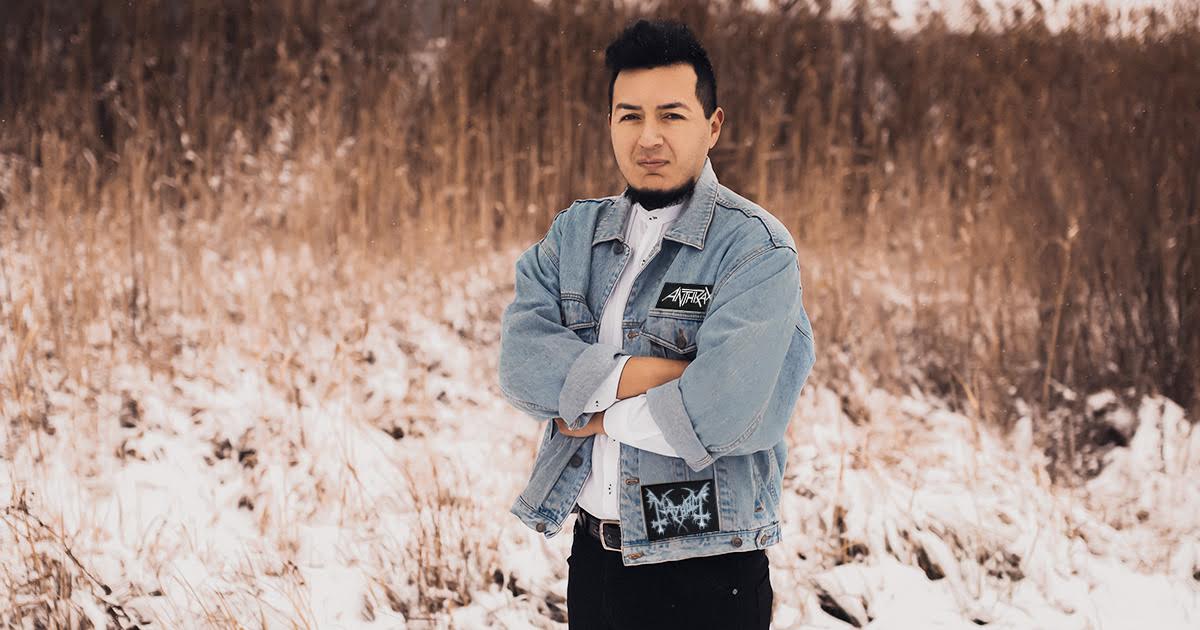 CHICAGO — Local metalhead Seth Drury’s insistence on wearing a well-worn jean jacket as his primary source of warmth and personality during the current Arctic blast is causing great concern with friends and family, those close to the simple man confirmed.

“Everyone needs to calm down. The Death patch on the back blocks the wind, and my ‘Night of the Living Dead’ enamel pins keep the snow off of my chest,” said Drury without realizing hypothermia was setting in while he waited for a bus. “How else am I supposed to make everyone in eyesight know about my affinity for death metal and horror films? It’s so warm, I’m thinking of cutting the sleeves off and turning it into a vest to wear year-round.”

Girlfriend Danielle Griffey is extremely concerned for Drury, as forecasted temperatures in the city dip well below freezing.

“When we first got together, he was the lead guitar player in his band Ghost Boat,” said Griffey while shopping for a thermal-lined hooded sweatshirt she hopes Drury will wear under the jean jacket. “Six months after we started dating, the band did a Canadian tour during the winter, and by the time Seth got back, he became their singer by default because three fingers on his fret hand were removed due to frostbite after he refused to wear gloves. He’ll freeze to death walking our dog if he doesn’t wear something warmer than a jacket Dave Mustaine signed with a Sharpie four years ago.”

Registered therapist and heavy music expert Stephen Howell noted this behavior is most likely the result of insecurity.

“Many people would rather freeze their nuts off looking kvlt AF than stay dry and comfortable in a down jacket or parka,” said Howell. “Usually, this stubborn rigidity is reserved for eighth grade boys pretending to like cigarettes, or people in their 30s who spend most of their time on Tiktok. Seth’s only option is to drink as much malört as humanly possible and limit time outdoors if he wants to survive a Midwest winter wearing denim and Judas Priest buttons.”

Drury was last seen holding his feet over a trash fire to thaw his 17-year-old white high-top Reeboks that froze into giant ice blocks within 10 minutes of being outside.