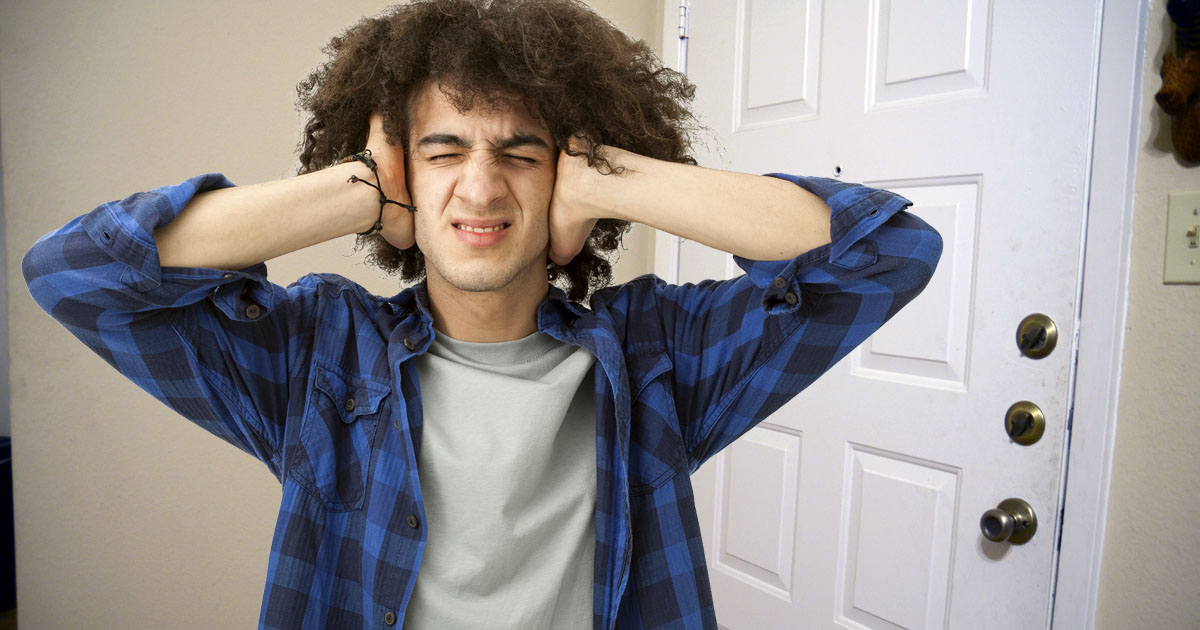 DAYTON, Ohio — Local apartment tenant Adrian Delgado has filed his fifth noise complaint this month with building management, claiming that his next door neighbor has been loudly playing Metallica’s St. Anger virtually non-stop for the past several weeks.

“It’s just really getting obnoxious now,” said Delgado, leaning a mattress against the shared apartment wall. “At first, I was like, ‘Yeah, OK. Not their best album, but maybe he’ll switch to the older stuff later.’ But it never happens. Every single time he puts the record on, it sounds like a rack of pots and pans fell on top of him and he’s screaming off-key for someone to come and help.”

Delgado claimed he’s tried to reach out to the neighbor several times, but so far has had no luck.

“I’ve pounded on the walls, I’ve blasted Kill ‘Em All to drown him out…. hell, I even left a DVD of Some Kind of Monster on his doorstep so he could see what a shitshow this album is,” said Delgado. “At this point, I’ve probably bought more Metallica shit than he has, just to try and stop him from listening to Metallica.”

While Delgado has been merely annoyed, his entire family has suffered from the daily onslaught of St. Anger, causing potentially permanent damage to his relationship and his daughters.

“My wife and I have definitely grown apart. It feels like every time we try to fool around, she hears, ‘Shoot me again, I ain’t dead yet!’ through the walls, and the mood is just destroyed,” Delgado said.

“I worry most about my daughters, though,” he added, standing outside of their room. “They’re so young and impressionable. What kind of father would I be if I let them grow up thinking that’s how a snare is supposed to sound?”

At press time, Delgado reported that while the loud music hadn’t ceased, his neighbor did switch over to Guns N’ Roses’ Chinese Democracy — a move Delgado claimed is “…literally the only fucking thing that could make this situation worse.”