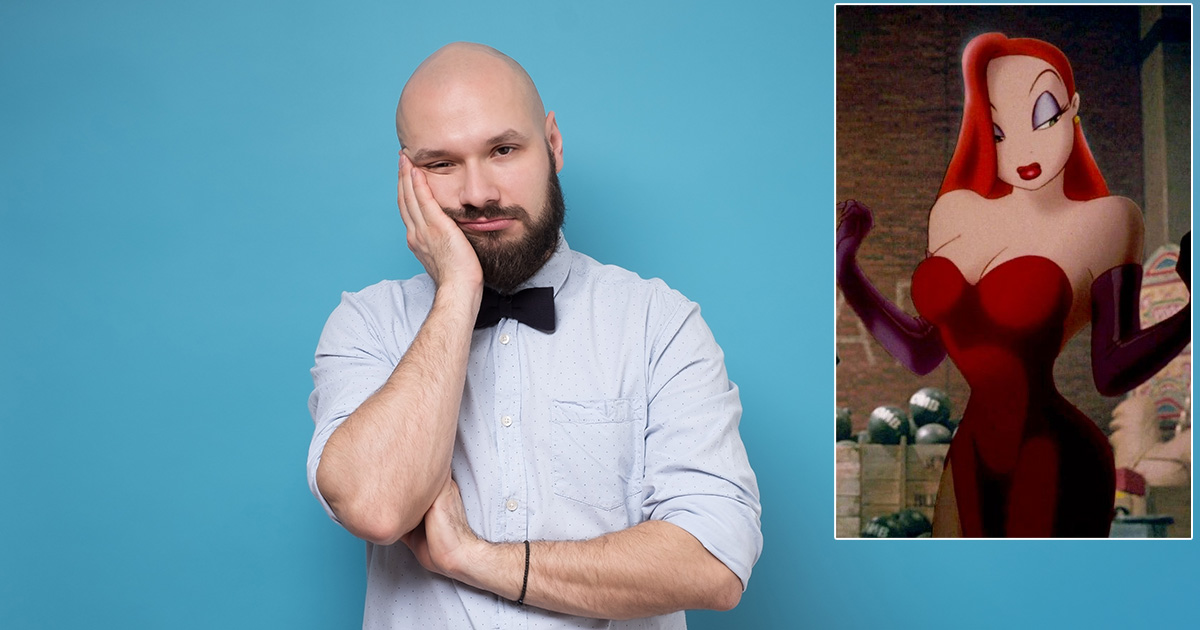 How could a floppy-eared simp like Roger Rabbit ever score a babe as iconic and sexy as Jessica Rabbit? This question has haunted me since I was a child, which is why I’ve spent years studying “Who Framed Roger Rabbit,” analyzing every move of that ridiculous cartoon rodent in hopes that I could one day win a gorgeous, buxom, smoky-voiced gal myself. I foolishly thought it all boiled down to one legendary accessory: bow ties.

Roger Rabbit made me unrealistically believe that his bona fide swag is what made him a drop-dead daddy to all the ladies. He’s basically the OG hipster! Polka dot bow tie? Overalls? Can’t hold his liquor? He’s like Joseph Gordon-Levitt if Joseph Gordon-Levitt was three feet tall and covered in pixelated bunny fur. I figured if Roger Rabbit, Bill Nye, and Peewee Herman could look deliciously hot while wearing a bow tie, then so would I, right?

I went to a burlesque wearing nothing but overalls without a shirt on underneath and an enormous bow tie in hopes that I’d appeal to an attractive lounge singer just like Jessica Rabbit. Big mistake. Everyone there kept telling me I look like a prepubescent Charlie Chaplin!
So, Roger Rabbit is the hero of Toontown when he wears a bow tie, but I get called a Brooklyn tryhard? What gives?

Since my bold style choice didn’t seem to be working, I went back to the drawing board. What else made Roger Rabbit such a heartthrob to his wife? He could always make her laugh!
Thus began my quest to try stand-up comedy.

I attempted Roger Rabbit’s signature physical comedy style by tripping over myself while doing vaudeville juggling. That sexy shit would have had me crushing tons of butt in the 1940s, but it turns out modern women don’t like it when you take a sip of alcohol then do a spit take in their face.

Maybe I’ve been doing it all wrong and need to be studying one of the cooler, edgier men in the film, like detective Eddie Valiant. Because if women aren’t into stand-up comedians, then they’ll definitely be into a bad boy in a fedora.