Hilarious Drummer Cracks Band Up by Asking for Songwriting Credit 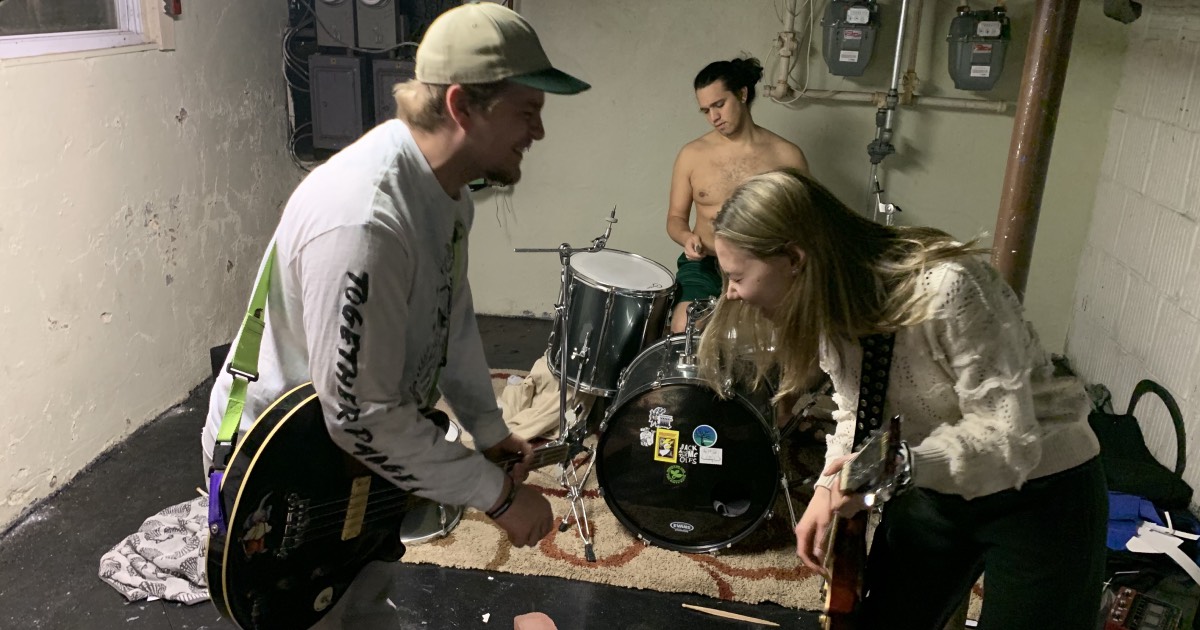 “See, this is exactly why we give him a mic at shows!” snorted rhythm guitarist and vocalist Ricky Woodson. “He doesn’t even sing, but Darrel handles all the in-between song banter. One time he asked the audience if they would buy hoodies if we got them printed — someone actually choked from laughing so hard that we had to call an ambulance — but this is next-level shit. Think Chappelle in 2005: Darrel is just firing on all cylinders, comedically.”

“To even suggest that a drummer can comprehend the intricacies of songwriting and music theory,” Woodson added. “It’s like, bro… just sit there and play what we mouth and air drum at you. But you can’t contain genius.”

Reynolds, Alcoholy Water‘s drummer since 2014, is known for committing to his comedic bits with a level of seriousness not seen since Andy Kaufman.

“Why is everyone laughing? I suggested a new chord progression and half-time vibe for the second verse, and even tweaked the lyrics of the chorus so that it rhymes better,” recounted Reynolds, as bandmates spit beer out of their noses in laughter. “None of you motherfuckers would’ve thought to rhyme ‘low life’ with ‘glow light’. Fine, technically it doesn’t rhyme, but Ricky sings like there are marbles in his mouth anyways, so who gives a shit?”

Hearing Reynolds’ act, a representative from Netflix’s stand-up comedy division is now interested in working with him.

“I truly believe Darrel Reynolds could create the genre-defining comedy special of our generation,” said Emilia Gordon, VP of Netflix’s comedy division. “But we’re now in a bidding war with HBO and Hulu to produce it, and it’s getting pricey. It’ll be a hit, even if the general population may not quite be ready for his iconoclastic stylings.”

Reynolds reportedly reduced his bandmates to tears all over again moments ago by asking for help loading in his kit.