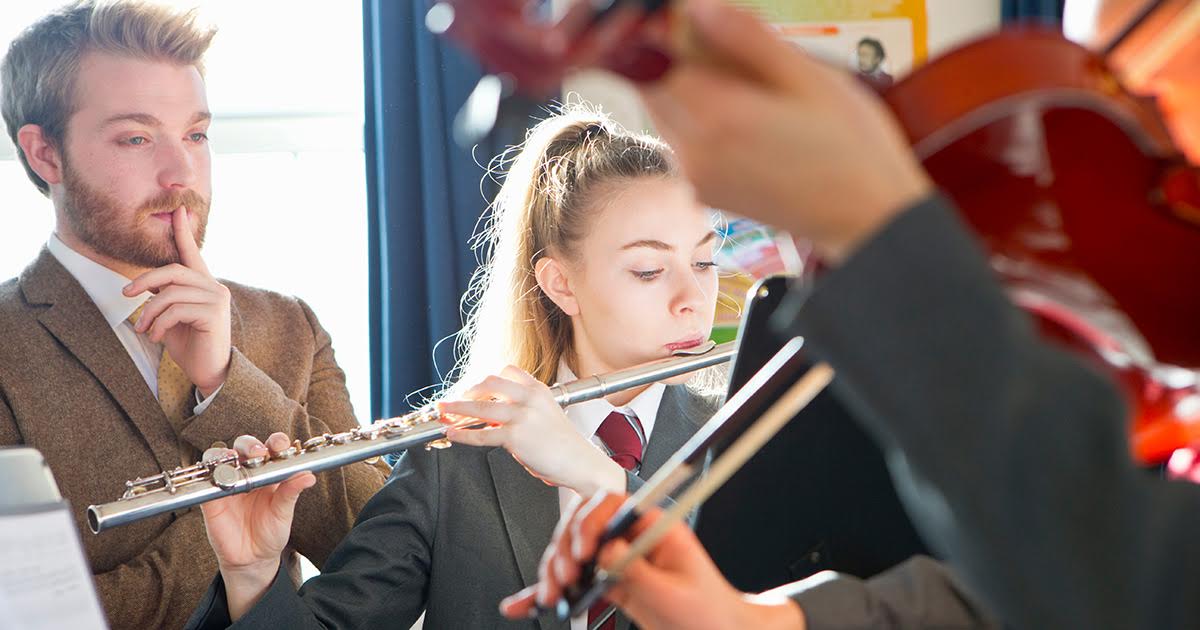 LAKE FOREST, Calif. — Local high school band teacher Kurt Hill has yet to reveal to his students that he played trumpet for the band No Doubt for a brief stint in 1991, sources in the faculty lounge report.

“Gwen [Stefani] is still a pretty high profile figure and these kids know who she is, even if they don’t know she once fronted a ska band,” Hill said while preparing to conduct the orchestra for a performance of Brigadoon. “I am going to hold onto the fact that I knew her back in the day until I really lose control of the classroom or need to garner some cred with a particularly unruly student. Unfortunately, I don’t think they will care that I was in The Aquabats for literally a decade, so unless Stefani gets canceled between now and next May I’ve got a hefty little piece of leverage just waiting to be used.”

Hill’s students are aware that he is holding back something, but don’t particularly care to find out what it is.

“He keeps saying really random phrases like when we are talking too much he just says, ‘don’t speak,’ and then giggles to himself,” said high school Junior and orchestra violinist Colleen Morales. “When I made first chair he told me it wasn’t because I’m, ‘just a girl,’ and when I told him I was going to miss practice because my aunt died he just said, ‘no doubt,’ which just seemed really insensitive. I’m sure it all means something but I really don’t care.”

Professionals in the realm of academia believe it would be best for Hill to just have it be known right away.

“Commanding the respect of a group of teens is near impossible. Try too hard and they’ll control you forever. He’d be best to just say it as casually as possible, like he wasn’t trying to impress them,” Secondary education professor Dr. Albert Barton, PhD explained. “He is building this up too much and Stefani is already fifty-two, she doesn’t pull the kind of teenage idolisation she did 20 years ago. If it wasn’t for her romance with Blake Shelton, telling a teen you once knew her would go about as far as saying you knew Jessica Simpson or Mandy Moore. You’re just digging your own grave.”

Hill had still yet to use his wild card, however, during a recent outburst from resident class clown Ryan Cook, opted instead to tell the class about the time he saw “Macho Man” Randy Savage at the Dallas/Ft. Worth airport, which only made things worse.