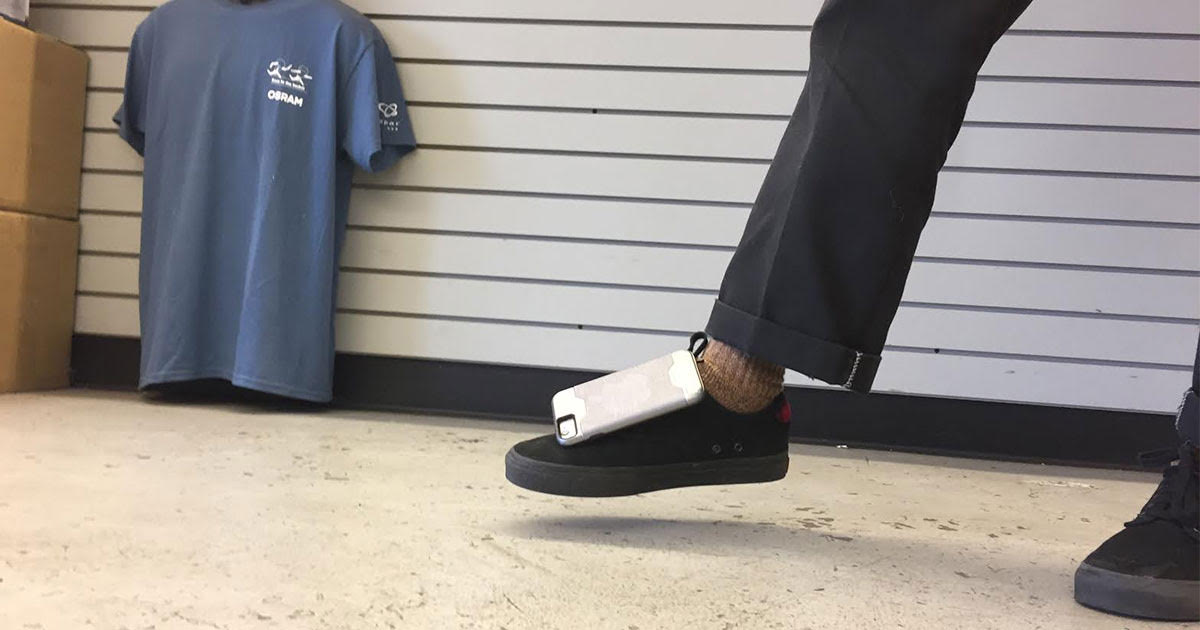 ATLANTA — A local foot is being hailed as a hero after jumping into action to save a falling iPhone from landing full force on an unforgiving concrete floor today, according to witnesses at the scene.

“I was at work, just kind of zoning out and scrolling through Instagram, when out of nowhere, the phone just falls out of my hands,” said Gomez, still shaken up from the incident. “It was like I was watching the $150 it costs to replace a screen flash before my eyes. It all happened in slow motion — the phone was falling, then my right foot dove underneath the phone at the last second.”

According to Gomez, the phone took an awkward bounce off the laces of the shoe before landing face-down on the floor.

“When the phone hit the ground, I was so scared,” admitted Gomez. “It wasn’t moving at all. It just kind of sat there, stunned. But when I picked the little guy up, it was perfectly fine. My foot really saved the day.”

Joyce Flowers, manager at iFix Phone Repair, praised the foot for its fast action in a time of high stress.

“From what I understand, Mr. Gomez did indeed have a $25 covering case for his phone, but a lot of times, that is simply not enough to prevent screen destruction,” said Flowers, pointing to a trash can full of cracked and broken screens. “That foot, with absolutely no concern for its own well-being, jumped infront of the falling smart device. The media would have you believe hands usually are the only ones good for catching and holding, but when they fail, it’s good to have a trusty foot there for you.”

Gomez went on to thank his right foot for all it has done for him over the years.

“Sometimes, you take things for granted, and I realize today I need to publicly thank my right foot. You help propel me forward, you test pool water for me before I jump in, and today, you saved the most important thing in my life. Thank you, foot. You have always been there for me,” said Gomez, trying to hold back tears.