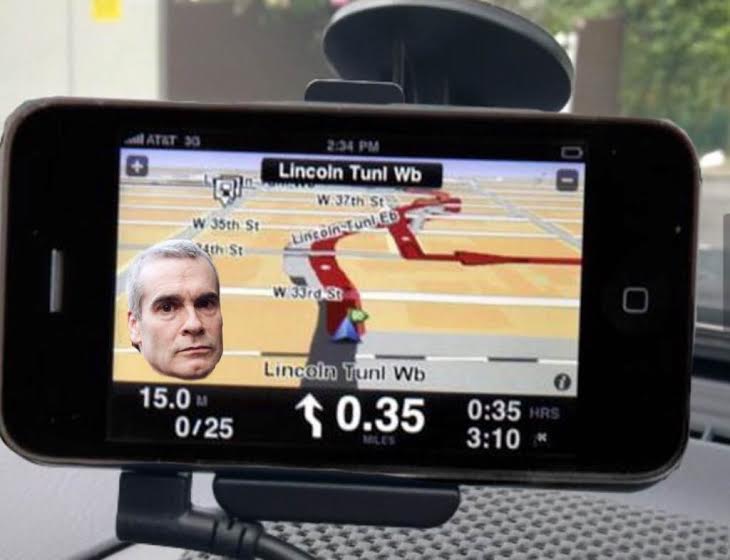 SAN JOSE, Calif. – A new driving app voiced by Henry Rollins is quickly becoming the go-to navigation choice for punk and hardcore kids on the go.

The new app, RatsEyes, gives driving directions to your destination while also shouting knowledge gained from the relentless work ethic of Rollins’ legendary hardcore group, Black Flag. The band’s groundbreaking and hard touring schedule often took them on very nontraditional routes across the country, as the app will frequently remind you.

While trying to drive from Los Angeles to Tucson, one user was directed to “Drive five miles to 7-11. Locate the nearest payphone and call Steve. Hopefully he’ll pick up and let you know where you need to be. Otherwise it’s just another overnight with Watt arguing about whatever bullshit he’s got up his ass this time.”

Noticeably absent from the app is a mute feature; any attempt to silence the app only makes the Rollins narration more irritated. Also, RatsEyes features long-winded talks from the former Black Flag frontman that can extend up to 20 minutes after you arrive at your destination. Some users with Wifi-enabled cars have reported a glitch where the car locks until the stories are over.

“I initially downloaded the app because I am a Rollins fan and the price was right,” said Amy Fuller. “But I ended up almost running out of gas because the app just told a 30-minute story about fighting skinheads at a nearby all ages venue that closed down in 1993.”

The app seems to be especially popular among millennial musicians who are looking to marry the modern conveniences of the digital age with the rugged authenticity of being an underground musician in the ’80s.

“We never realized just how difficult it must have been for Black Flag to find a Whole Foods to scam free vegan samples from back in the day,” said Walter O’Neal of hardcore band Unpleasant Flavors. “No wonder that dude turned into such an uptight motherfucker, this shit really fucking sucks.”

O’Neal concluded by saying, “To be honest, I’m probably gonna just delete this thing in a couple of days, you know, just disconnect myself.”