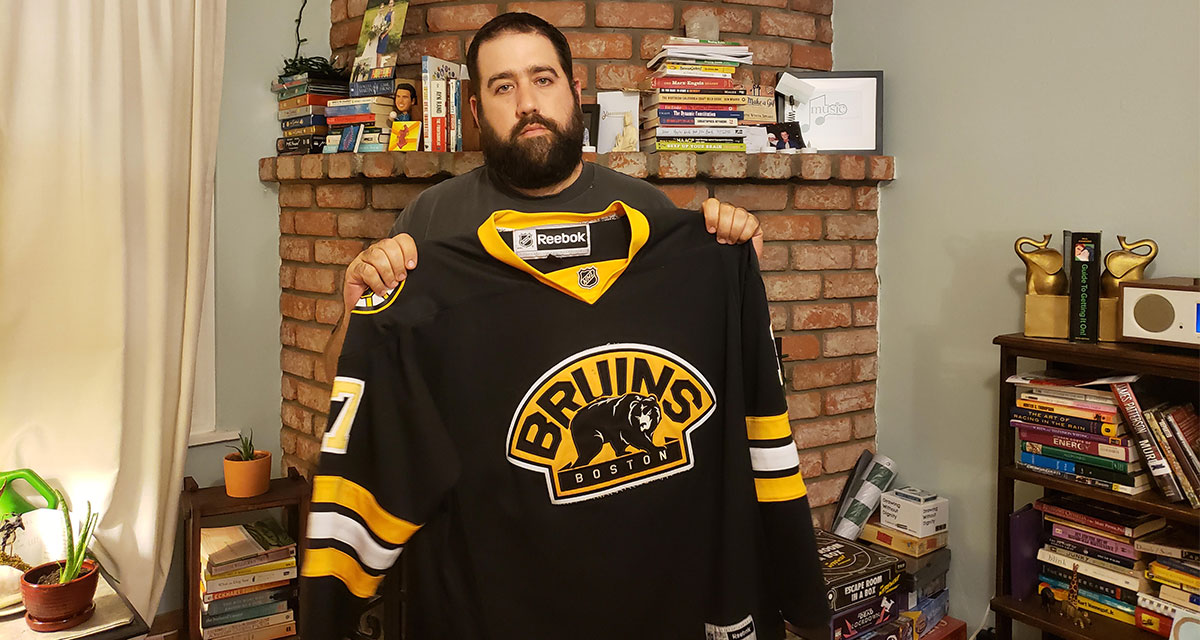 WHITMAN, Mass. — Local punk Bobby Deitz was disappointed last Friday by the Hardcore Sorting Hat, which placed him into the “Hockey Fan” house despite his preference for “Barber” house, confirmed sources who insist the hat must be respected.

“I made all the preparations,” Deitz said. “I purchased clippers, got a tattoo of shears on my forearm, learned about different pomades, subscribed to the #tapergang Instagram hashtag… all of it. And now I’ve got this Bruins jersey and have no idea how hockey is played.”

Deitz was provided with all of the accommodations of a new hockey fan, which included a jersey of the team closest to his hometown, a pronunciation guide of players’ names, and a Twitter script for claiming how tough hockey players are whenever a minor injury happens in another sport.

“‘Did you know Ian Laperriere once got a brain contusion and lost a bunch of teeth taking a slapshot to the face and came back for the third period?’” Deitz stated, reading from the script. “‘You won’t see baseball players do that.’ Who writes this?”

“It’s rad to get to do pin trades and get excited about the possibility of another ‘Cars’ movie,” Flynn said after Friday’s ceremony. “Plus, I get to ride Splash Mountain all the time, and make funny poses at the camera on top of the waterfall. I’m stoked.”

Ultimately, the Hardcore Headmaster of Ceremonies weighed in on some of the mixed reviews of the organization’s placement.

“It’s a really great opportunity for aging hardcore fans to find a place in a larger community,” the Hardcore Headmaster claimed over chants of “THIS. IS. AWESOME” from newly-minted, clapping wrestling fans. “It’s tremendous that they get to feel a purpose beyond the scope of listening to hardcore — even if the possibilities are really only limited to four or five hobbies. Naturally, there will be some disappointments, but as hardcore fans, we should all be used to disappointment.”

At press time, many attending were grateful they weren’t placed into the rare “Person Who Gets Really into Liverpool FC” house, signaling to a young man in the corner of the room, raising a scarf with both hands and singing “You’ll Never Walk Alone” by himself.