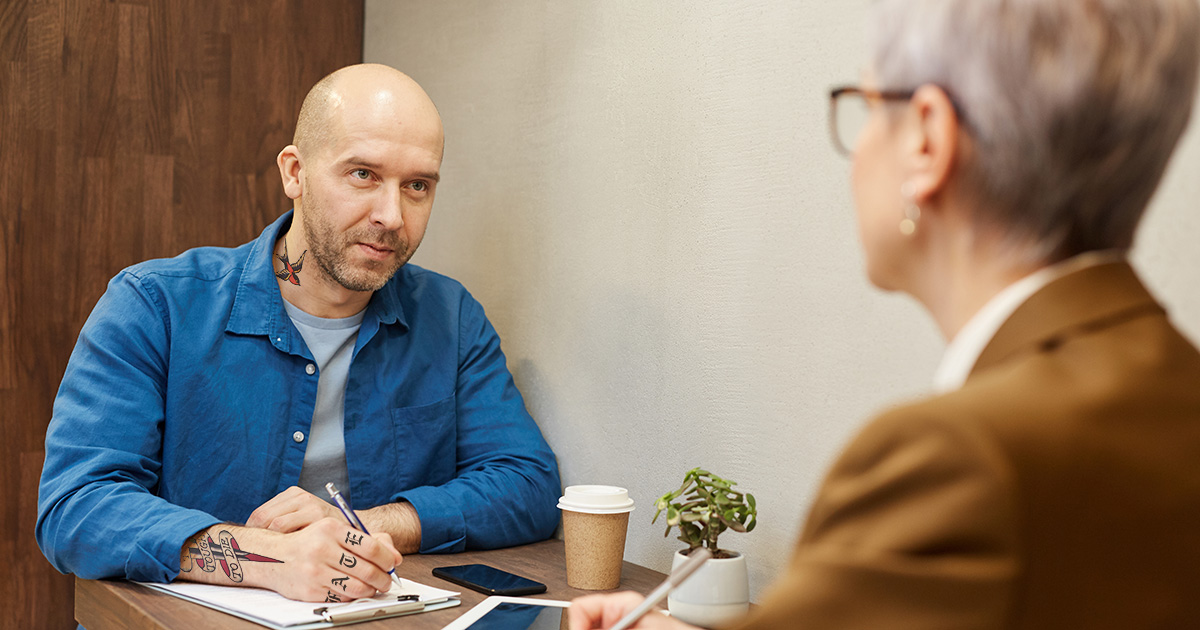 WHEELING, W. Va. — Unemployed hardcore punk singer Lyle “Coccyx” Plant is seeking employment with a resume consisting solely of fistfights and crew battles in which he was the victor, numerous HR departments reported.

“They say to list your proudest achievements on your resume, so mine details the date, time, and location of every time I beat down someone that betrayed me or sold out one my friends,” said Plant, who was fired from his last job after knocking out his boss. “I also attached photos of the aftermath. Sometimes my face is bloody, which I think conveys a sense of honesty and a strong work ethic. Or it conveys that I’ll kick your ass if you don’t hire me. Either way, I really need a steady paycheck until we go on tour with God’s Hate in March.”

“In all my years of hiring graveyard shift Wal-Mart stock crew, I’ve never seen a resume as violent as this,” said Wal-Mart manager and Bible Study Meetup leader Pauline Koch. “I even called one of the references named ‘Sickfoot’ who confirmed that Lyle did in fact beat his rear end quite fully. We don’t need the best and brightest to stock these shelves, and maybe I can teach Mr. Plant about the love of our lord Jesus? Or maybe he can kick my ex-boyfriend’s rear end too before I inevitably fire him.”

Professional headhunters encouraged caution in striking a balance between a traditional resume and more attention-grabbing tactics.

“Companies are not interested in knowing how many fights you won, unless maybe you’re applying to be a bouncer or work in private security,” reported headhunter Ilana Williamson, who specializes in placing punk-adjacent lifers in permanent job positions. “Keep the fights off the resume, and only mention one in your cover letter if it’s a heroic tale of defending the defenseless. If you just started swinging because you thought someone was badmouthing your band’s merch, save it for the water cooler once you have the job.”

Sources confirmed that Plant’s employment prospects are dwindling, as he has begun including explicit photos of all his tattoos, piercings, and scars.