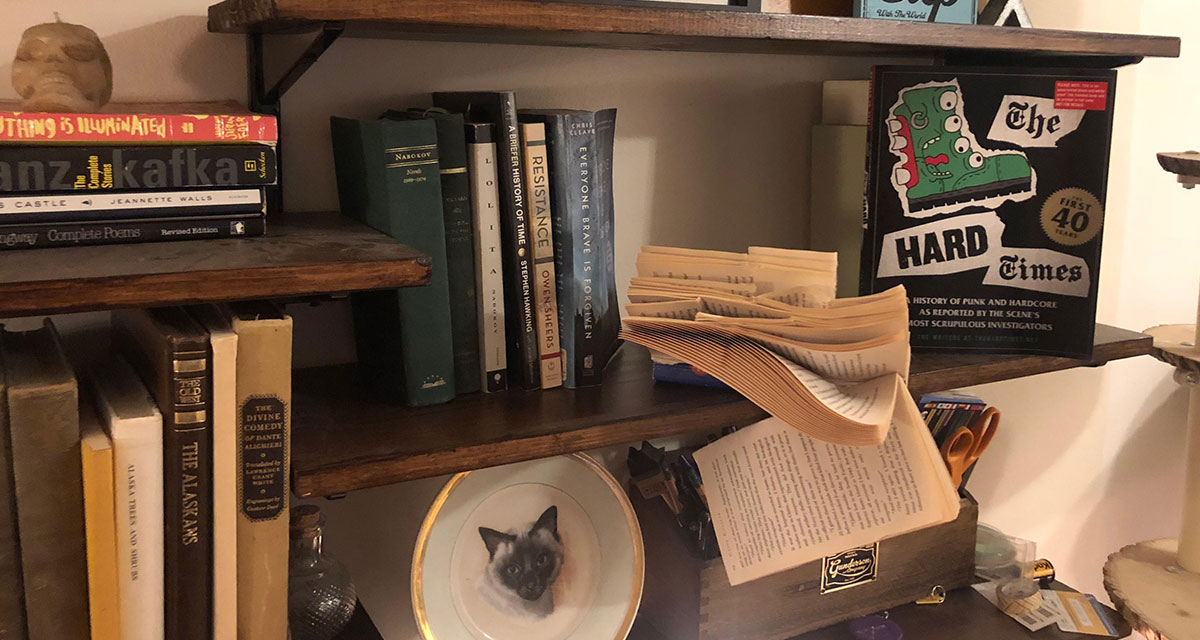 BURLINGTON, Vt. — A copy of Dean Koontz’s “The Good Guy” was found beaten and battered on a local bookshelf yesterday, while a copy of “The Hard Times: The First 40 Years” lay unscathed next to it, panicked sources confirmed.

“I just can’t explain it — most of ‘The Good Guy’s’ pages are ripped out. There are metal stud imprints on the front cover, and it reeks of malt liquor,” said book owner and avid reader Sandra Fairchild. “You can almost make out something scratched onto the back cover… ACAB? Is this supposed to be about Ahab from Moby Dick? Oh, Lord, this is so strange.”

The copy of “The Hard Times: The First 40 Years” offered a barely believable account of what happened.

“It was all in self-defense, obviously. That fucker came at me first and got what was coming to him,” argued “The Hard Times: The First 40 Years,” which will be released worldwide on October 29, 2019. “As soon as he told me I should go join the ‘Uncle John’s Bathroom Reader’ next to the toilet, I smashed a bottle of Old ‘E’ over his spine. Fuck right outta here with that Stephen King wannabe bullshit. Hell, Tom Clancy is more punk than Koontz.”

“There is nothing more disgusting than recycling the same formula repeatedly for a paycheck,” declared The Hard Times Book. “What a joke. The people who wrote me wouldn’t be caught dead doing something like that.”

Despite resting in critical condition on top of a Goodwill donation box, the copy of Koontz’s “The Good Guy” offered a terse statement.

“Ugh, I know exactly what I am, and I’m sick of being persecuted for it,” gasped the 2007 thriller between pained breaths and coughs. “I know I’m not going to inspire some kid to major in creative writing, but I will always be there for moms on the nights they don’t get blackout drunk on wine and need to wind down. If you don’t think I’m coming for your mom, you are wrong.”

At press time, “The Hard Times: The First 40 Years” was pressuring multiple self-help books to try cocaine for the first time.