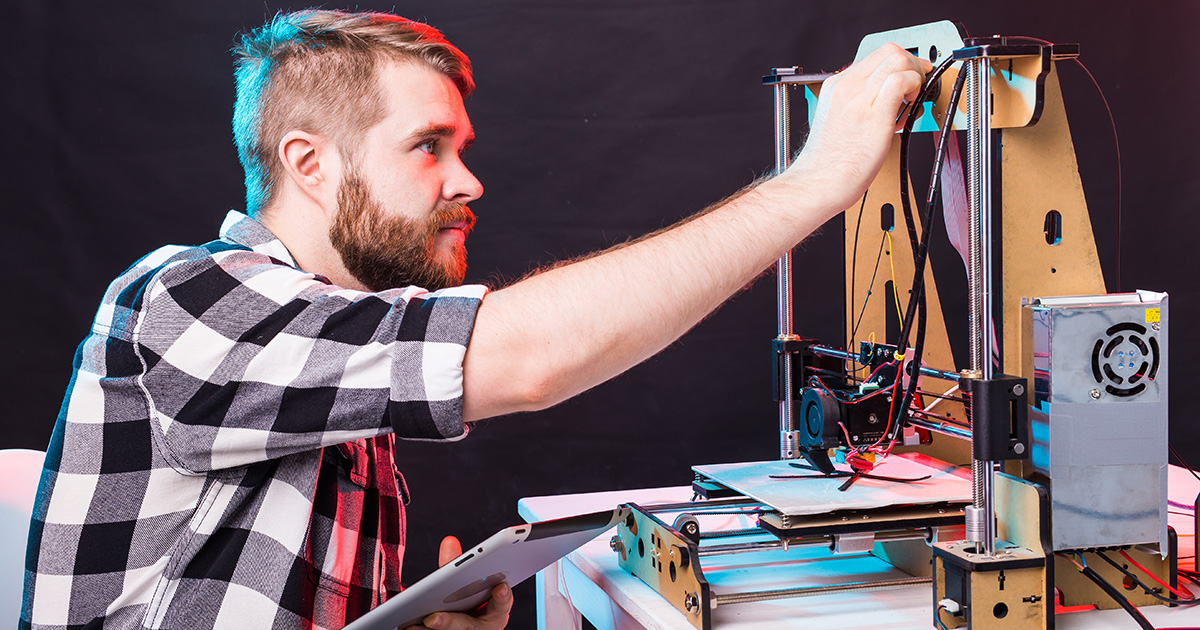 “I’ve always been an early adopter and I wanted to be on the cutting edge of this revolution in consumer goods,” said Espinosa. “But I gotta be honest. While I knew it would take time for 3D printing to reach its full potential, I figured that after six months or so I’d be printing out full-sized luxury sedans and four-course meals of braised duck with all the fixins. But the majority of print designs right now are just bullshit tchotchkes and pencil holders. I thought about trying to sell these on Etsy, but one of their customer service reps said they wouldn’t list them because they are ‘too pointless.’”

“It was kind of cool, I guess. I had no idea we needed a pencil holder, but there we were eight hours later with a fresh one. We didn’t even have a pencil to test it out, it finished printing at 2 a.m. so we had to wait until the Walmart opened and ended up buying some dumb jumbo pack of 600 pencils. I really don’t like the direction we are heading,” said Sadler. “He can call them whatever he wants, desk organizers, pen mugs, writing implement coffers, but it’s all just pencil holders, man. Super glad we sunk that money into this crap instead of crypto like I wanted.”

Still, others believe that there are more sinister forces behind the glut of pencil holder 3D designs.

“You ever wonder why pencil holders are pretty much all that’s out there? Like, really wonder, man? It’s not ‘cause the technology is in its infancy and currently limited by cost of production. It’s ‘cause they’re all in the pocket of Big Pencil, man,” explained an online conspiracy theorist known only as Lead Throat. “They just want us to be churning out baby Yoda pencil holders like the good little sheep we are. But I see through the lies, man. And this thing goes right to the top. Dixon Ticonderoga, Cretacolor, and even those heartless bastards at Crayola are all in on it. I’ve already said too much.”

At press time, Espinosa was doubling down on his initial investment by spending an additional $3,200 on filament, while Lead Throat was found dead with seven medium-point mechanical pencils in the back of his skull. Authorities have already ruled his death a suicide.