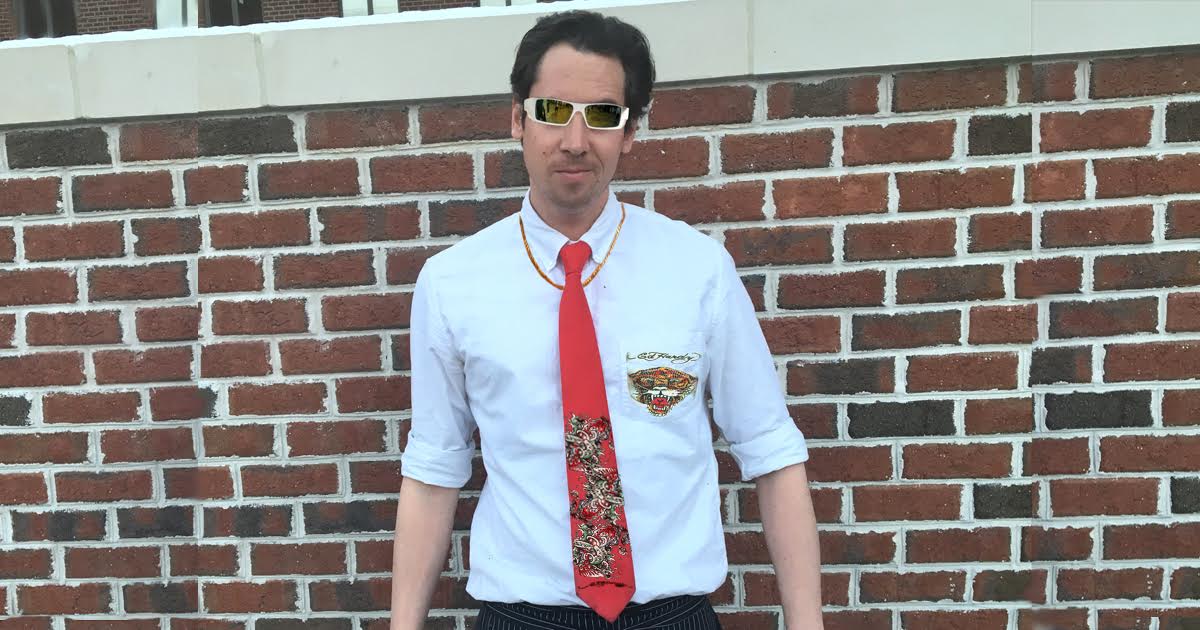 BOSTON – The guy at the end of the bar wearing a gold necklace and brand-new, white Oakley sunglasses, who just ordered a third vodka-Monster, “probably knows some people in Miami,” according to sources trying to figure out what the dude’s deal is.

“He’s been wicked loud and keeps calling all the women ‘chongas.’ Really, just being a dick. Earlier, we saw him holding a Bud Ice in one hand and a huge margarita thing in the other,” said mildly annoyed patron Buckley Kolb. “So we knew he was trouble right away, but I still kind of wanted to hear what he had to say.”

“He looks sort of like some vague character from Fast and Furious,” said fellow patron Wanda Bonks. “Except he definitely wouldn’t have been driving. Maybe he was an extra?”

Both Bonks and Kolb confirmed the man, who wore lots of rings on both hands, desperately tried to shift the focus of the conversation multiple times to either Sunglass Hut, Mr. Worldwide, or threatening the elderly. “When he started talking about Florida, I was like, ‘I knew it.’ Nobody from Boston acts like that. He has to be from out of town,” said Kolb. “He definitely looked like the type of guy that loves Miami nightlife — he sure talked about it enough. The more hammered he got, the more he insisted I come visit him and check out his speedboat.”

The man, despite revealing little about his origins, was “very open” to discussing a massive, barbed wire tattoo that consumed the majority of his upper right arm.

“It’s cool, you know, because the wire represents how I’m always ‘wired in,’” he explained. “And now my arm is wired in, too. You know what I’m saying?”

Martinez, who claimed to work at an auto shop on ‘the southwest side,’ would not disclose further information about his connections to Miami, except that he’s “beyond psyched” to “link with his boys” upon return.