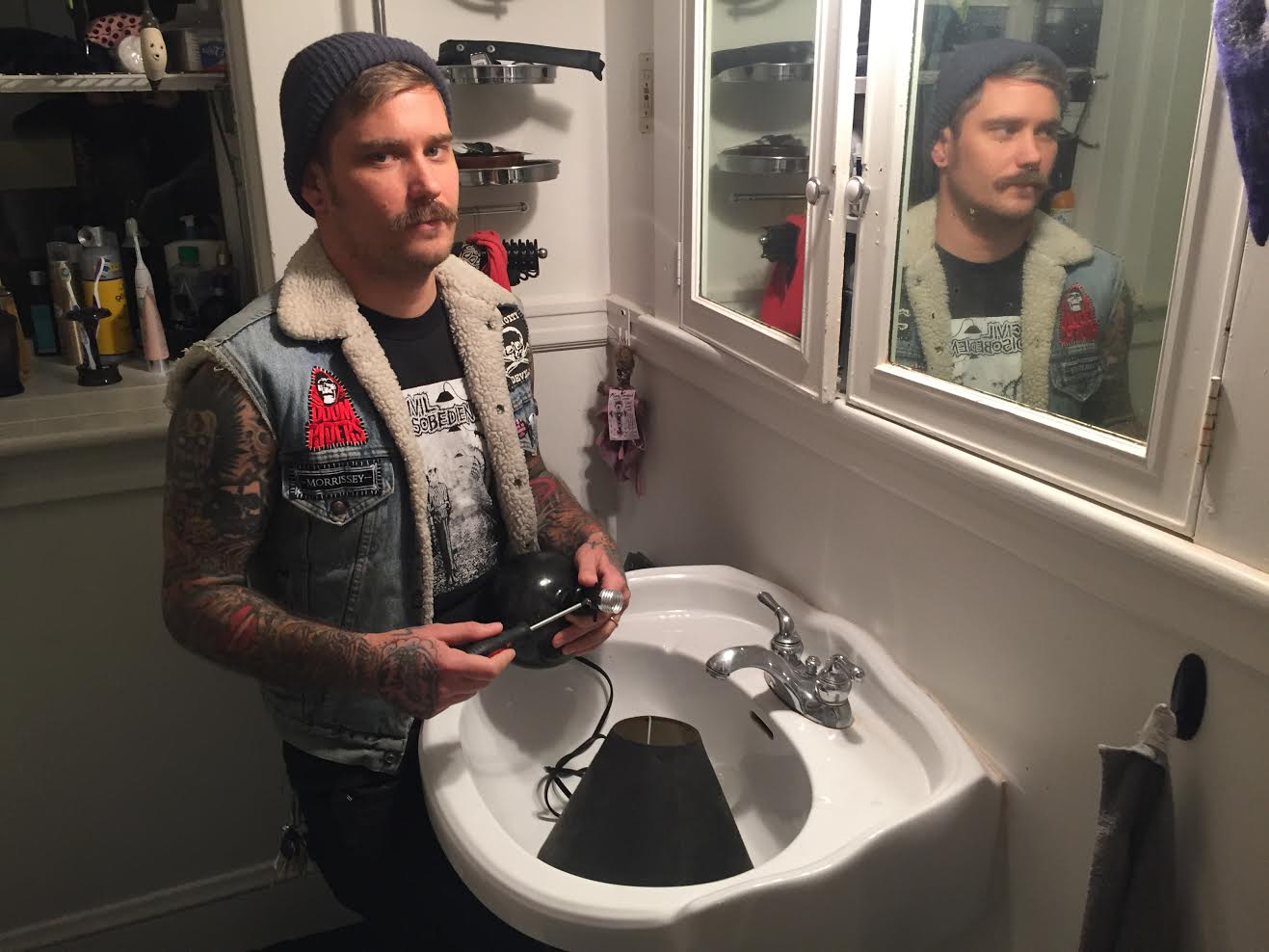 Clark, a regular at the DIY venue affectionately known as ‘The Opium Den,’ worried his drunken stumble out of the pit, along with his inability to repair the lamp, would put him at odds with the bands’ stated request to “respect the space.”

“I felt so bad. I hope it wasn’t a family heirloom or some shit,” said a semi-coherent Clark, wiping sweat from his brow. “It all happened so fast. One second I was raging, the next thing I know, boom — the lights went out.”

Witnesses report Clark insisted on performing cartwheels and spin-kicks in the small living room, despite multiple warnings from fellow attendees/housemates, who politely told him to “stop.” One botched landing found him face down on the hallway floor, surrounded by shards of glass and porcelain.

“Honestly, he looked stunned, like he murdered someone,” said witness Angela Connor. “He got up all bloody and looked around and then gathered the pieces and ran to the bathroom in a panic.”

With his back turned to the doorway, Clark tried to fuse the lamp together using only his dimmed wit and a can of pomade he found in the medicine cabinet. The bathroom’s lack of anything resembling a door only exacerbated his shame, as a small crowd gathered to watch his struggle and wait for their turn to piss all over the floor.

But according to preliminary reports, damage to the house was not limited to the lamp. Other show attendees reportedly punched holes in the ceiling, tore down towels hung as makeshift curtains, and extinguished lit cigarettes on the mattress that was used to protect a sliding glass door.

Julio “Iggy” Martin, de facto promoter of The Opium Den and bassist of The Shamed, was apathetic to the news of the broken light fixture.

“What lamp? Why is there blood all over the floor? Did Tuna’s dog give birth again?”