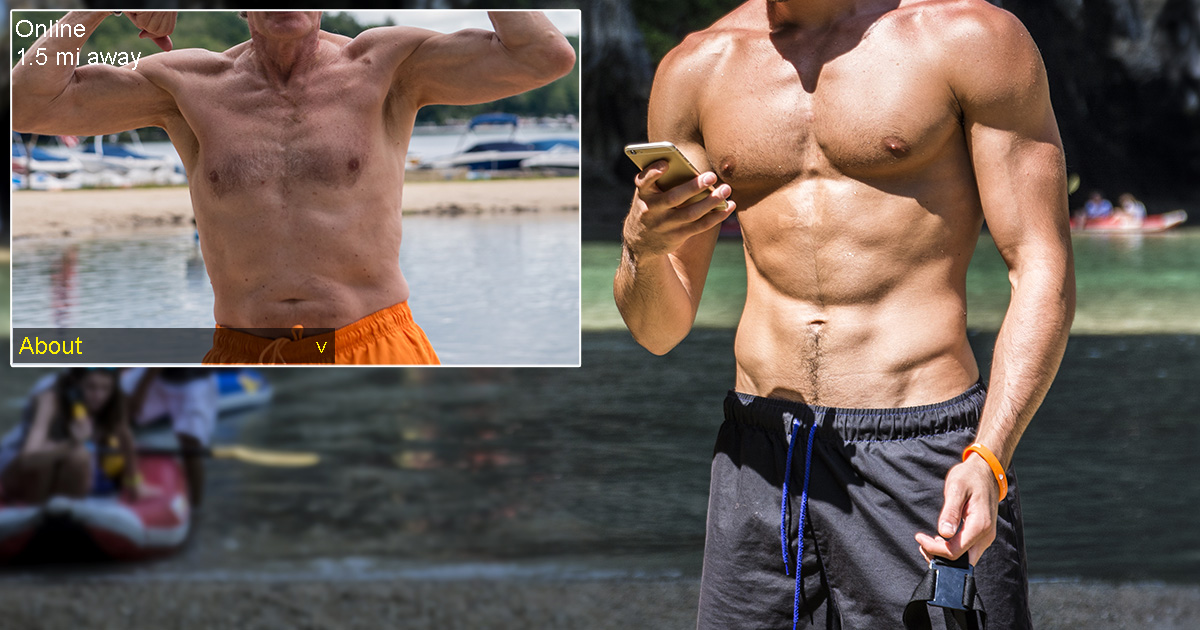 BEL AIR, Md. — Philidelphia transplant and Grindr user Brian Walsh was reunited with his estranged father Dale yesterday after the two inadvertently contacted each other on the gay hookup app, sources who don’t really want to talk about it confirmed.

“Dad took my coming out pretty bad, and as a result we haven’t spoken in about 10 years or so,” reported Walsh, who was in his hometown visiting his sister when the connection occurred. “This guy messaged me on Grindr, and even though he didn’t have a face pic, there was something that drew me to him… a certain familiarity, you could call it. So I decided to meet up.”

The younger Walsh was shocked to learn that the anonymous person with whom he matched was 53-year-old electrical engineer and his father by birth, who was equally caught off-guard.

“My face was certainly red after this incident. Now I know why people are so insistent on face pics,” remarked Dale. “I guess this is one of those ‘comedy of errors’ situations. People say that being on the down-low can come back and bite you, but I didn’t think in a million years something like this would happen. We engaged in some awkward small talk about crab cakes, and he was nice enough to agree to not tell his mother, and that was that. It would’ve been funny if it wasn’t so traumatizing.”

Experts caution that this incident may push the two even further apart, rather than initiate a reconciliation.

“More often than not, these encounters will open up new wounds in fraught relationships,” noted psychologist Dr. Jill Hayden. “For the son, he’ll see his father’s rejection as a sign of hypocrisy and cowardice, while the father will feel the shame of what he did as an act of self-hatred. Also, if I had said some of the things these two said to each over Grindr, I don’t think I could ever look my father in the eye again.”

At press time, Brian noted that the attention his father paid years ago to his neighbor’s football-playing son “suddenly made perfect sense.”