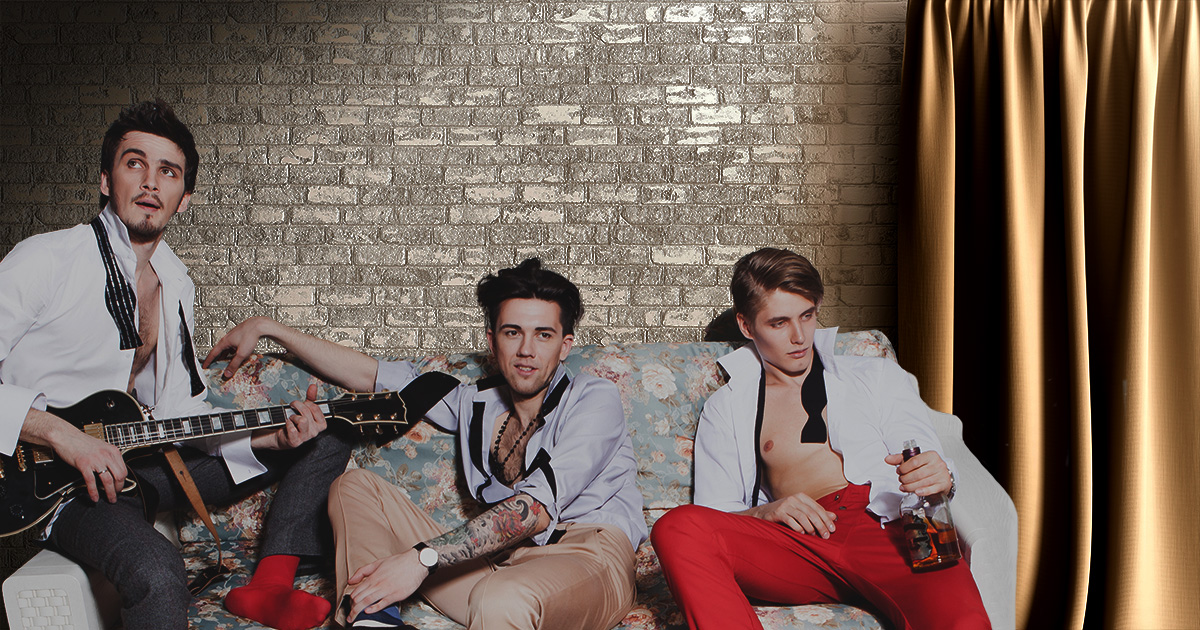 CHICAGO — Touring band The Cheap Seats were annoyed to find that the promised green room at their next venue was actually just a beige curtain separating them from showgoers, according to band members.

“This happens too fucking often,” reported lead guitarist Steven Meznik while struggling to share the space with his four bandmates. “Like, we don’t expect a Guns N’ Roses-style green room with piles of coke and silk pillows or whatever, but this doesn’t even qualify as a room, green or not. Literally, it’s just the corner of the bar, with a shitty beige cloth draped over some sticks that look duct-taped to the wall. It’s not even the corner nearest to the stage. We should fucking fire our tour manager Adam for shit like this.”

“Our mom would tear me a new one if I fired my brother, though, so we’re pretty much stuck with him,” Meznik added.

Venue manager Walter Corrigan disagreed with Meznick’s opinion of conditions at Jackawolf, the venue in question.

“I don’t know what these guys think they’re going to get when they show up,” said Corrigan. “But Jackawolf isn’t Madison Square Garden, and they’re not the J. Geils band. If it’s good enough for all the other lousy bands that come in here to yell about their parents into a mic while I’m trying to pour beer, it’s good enough for them. Their tour manager is the only one that didn’t bitch about it, but he also looks like he’s fucking 15 or something. Also, not one of them mentioned that I had the kitchen whip up a vegetable tray with some bean dip. Fucking ingrates.”

On the other hand, retired band manager Alan Phillips was sympathetic to The Cheap Seats.

“Touring bands like those boys have it rough,” Phillips explained. “It’s pretty typical of that kind of dive bar to not give a shit that a band actually cares about what they’re doing. I mean, not enough to have decent songs or learn how to harmonize on backing vocals, based on what I’ve heard from these boys. But they care enough to be upset about their green room. At least that bar isn’t one of those places that calls the toilet a green room and then refuses to pay up because they say you shit in the green room, which I’ve seen happen far too many times to count.”

At press time, The Cheap Seats had begun performing an hour late for what was described as an audience, but was actually a collection of alcoholics.