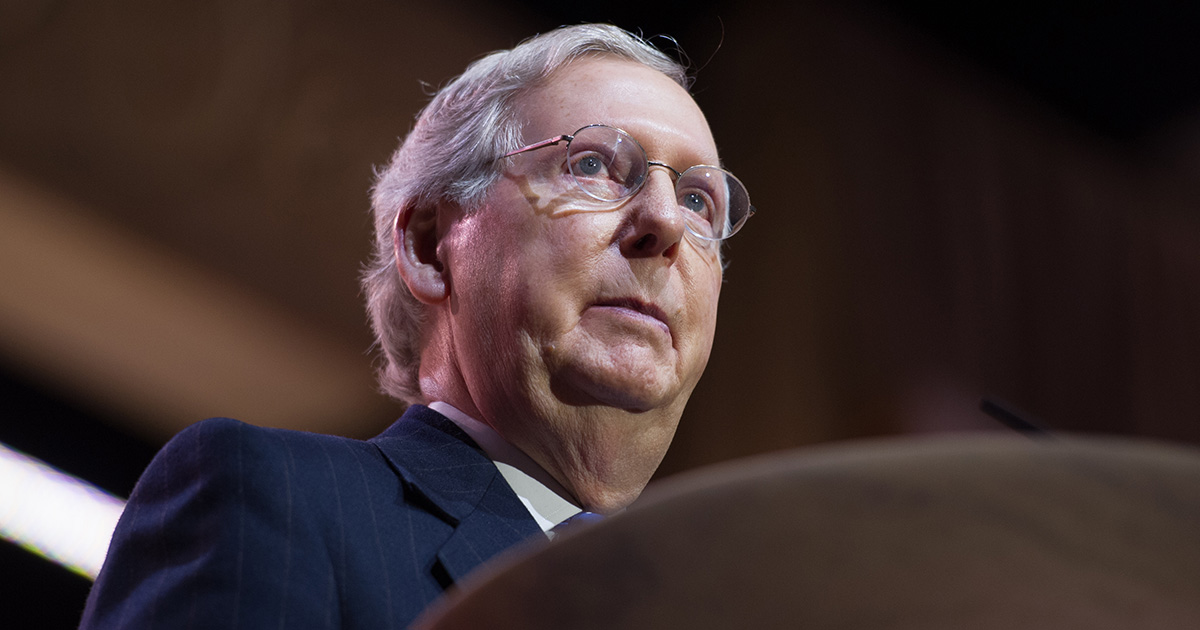 WASHINGTON — The Republican Party has loosened its stance on voter suppression and ballot security ahead of this year’s general election after the U.S. surpassed 145,000 dead as the result of COVID-19.

“Republicans are under attack from a disease concocted by the Democrats to more effectively kill off our base support,” said Senate Majority Leader Mitch McConnell. “Millions of hard-working Americans have lost their jobs, and therefore, lost the health care they relied on. People are dying before they will have the chance to elect a President that can make abortions illegal, and that’s unacceptable. That’s why I’m introducing a bill that will allow every registered Republican that has died since 1984 to be allowed to vote in order to make things right.”

“Thomas Jefferson said, right when he was signing the Declaration of Independence, that he would not be beholden to any libtards who want to make him look like a goddamn Mortal Kombat character,” yelled Olrich as a Kroger employee attempted to hand him a paper mask. “It is our right as Americans to not take precautions against the spread of disease during a pandemic. And if some people die and become ghosts fighting for that right, then those patriotic ghosts deserve to vote.”

Attorney General William Barr plans to tell lawmakers next week that the current guidelines against dead people voting should exempt any ghosts, apparitions, or surrogates voting on behalf of deceased relatives that spoke to them in a dream or through a spiritual medium.

“I have acted on my own, and this is in no way politically motivated: it is clear that dead people love Donald Trump, because he helped deliver a lot of them to the afterlife a lot sooner than they expected,” said Barr. “The Department of Justice has a responsibility to allow any American, alive or dead, to vote Republican. We have already installed voting booths in historic graveyards and haunted mansions across the midwest.”

The Republican Party also sought to reserve the right to go back on their stance in the event that the “dead person” vote pushes the election in favor of Democratic candidate Joe Biden.