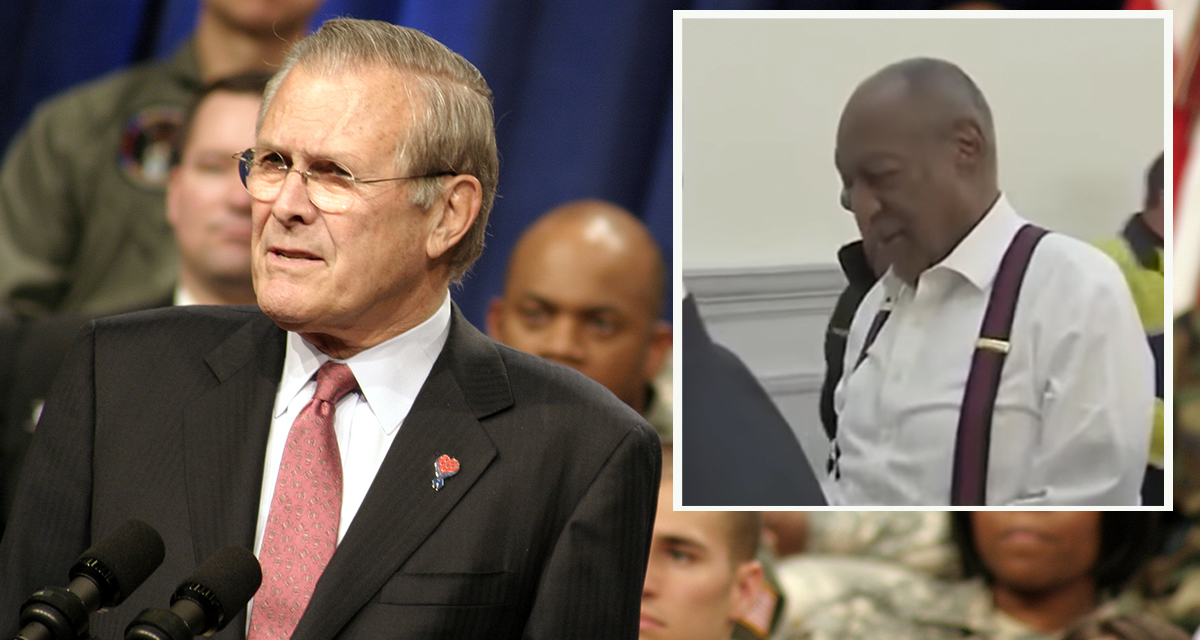 HEAVEN — Local benevolent being, God, ended the life of former Secretary of Defense Donald Rumsfeld today as a formal apology for the whole “letting Bill Cosby get away with raping dozens of women” thing.

“I realized I might have gone a little too dark there,” sayeth the Lord, whose earlier work includes the Plagues of Egypt, the proliferation of nuclear weapons, and breaking up the Beatles. “Every so often I can tell I’ve crossed a line, like today, when I allowed that Judge in Pennsylvania to let Cosby off the hook despite overwhelming evidence and the testimony of many, many victims. When that happens, I try to even it out by giving humanity something good. That’s actually why I first invented oral sex. This Rumsfeld thing is my way of saying ‘I know I really stepped in it this time, and I’m sorry.’ Honestly, it was way overdue anyway.”

As the news broke, the self-proclaimed Creator of the Heavens and All the Earth declared by holy decree that He has no regrets in ending Rumsfeld’s life at 88, adding “As Donald said upon seeing the looting in Baghdad in 2003: ‘Stuff happens.’”