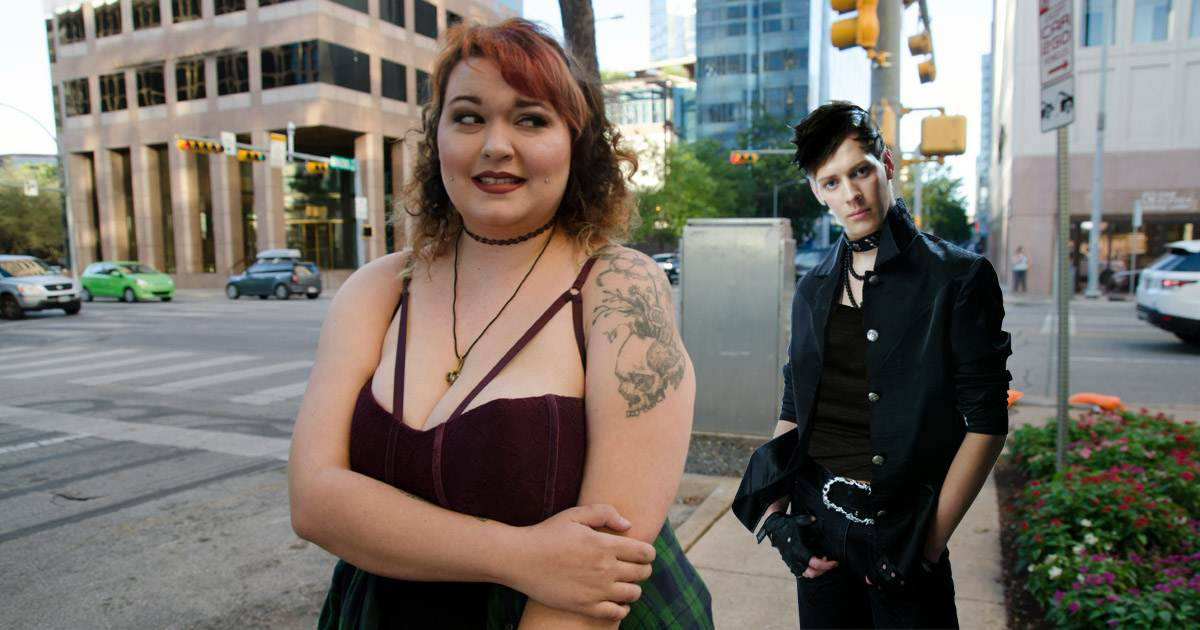 COLORADO SPRINGS, Co. — Known optimist and all-around “jovial soul” Sarah Burke was harassed again by the city’s goth population yesterday, with followers of the bleak subculture telling her to frown more often, sources close to the rare glimmer of sunshine in an otherwise dark world confirmed.

“Sarah has this thing we call ‘resting bliss face,’ where, no matter what, she always has a giant, ear-to-ear smile,” said longtime friend Ashley Winston. “But these dour-looking men keep saying things to her, like, ‘What’s up, witch? You’d look a lot more sullen if you grimaced.’ Somehow, she stays strong and keeps smiling.”

Burke, a “walking embodiment of Christmas morning,” has reportedly tried multiple tactics to get the comments to stop.

“I just want to get to my job in peace,” Burke said. “Maybe I have a song in my heart and I don’t feel like pouting. I’ve tried walking with other equally happy friends, but strength-in-numbers only makes these goths more vocal. For a while, I took a selfie with each harasser, but they just crossed their arms like they were in a coffin, and asked me to use a black-and-white filter if I post it on Instagram.”

Some goths say Burke, known around her neighborhood for her consistent positivity, should simply “embrace her dark side.”

“I don’t mean anything crude by it,” said local goth “Count” Cimmerian. “It’s just nice to see a pale girl with a look on her face that says she knows that life is pain and one day we will all be dead. I guess there’s this glimmer of hope in the back of my head that she’ll want to come home with me and listen to my Xmal Deutschland vinyl imports.”

Since Burke filed her complaint, several other women have come forward to report goth harassment.

“This one guy yelled, ‘Hey baby, is your butt Dave Gahan? Because it’s really putting me in a Depeche Mode.’ It didn’t even make sense,” said one woman who wished to remain anonymous for fear of receiving a Type O Negative mixtape.

Police hope to crack down on goth activity by offering Sisters of Mercy rarities at record stores during rush hour.