Gildan Scientists Develop New Shirt That Shrinks Even Before Being Washed 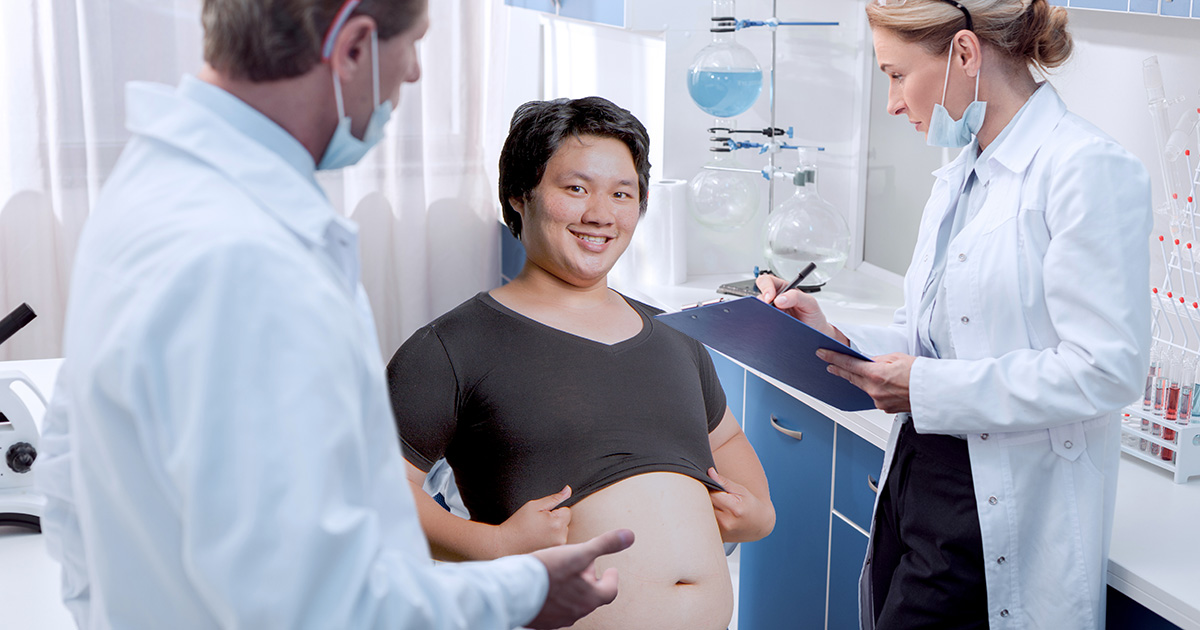 MONTREAL — Gildan Activewear has developed new technology enabling band T-shirts to shrink without ever having to be washed, Gildan’s team of scientists announced today in a press conference.

“We heard the complaints from customers about their shirts shrinking after being washed,” lead scientist Dr. Ralph Herkimer told reporters. “We set out to get rid of the middleman entirely. We’re pleased to announce that we now offer shirts that shrink automatically, with no detergent or hot water whatsoever.”

Laurie Greenwood, Gildan’s Chief Creative Officer and former bassist for the punk band Gerald Ford’s Mistress, cited the fashion of the ’70s as the influence for the endeavor.

“Take a look at the Ramones and the New York Dolls,” Greenwood said. “Those cats knew how to dress — shirts so skin-tight, their stomachs peeked out at all times. That’s what we’re trying to do. And to bring it into current fashion, we’ve combined the aesthetic inspiration with Gildan’s signature, 100-grit sandpaper T-shirt material that never, ever softens, no matter how long you own it. The result is a wear that’s as uncomfortable as it is impractical. We’re very proud to have finally achieved it.”

The technology, once activated, will reduce the number of shirt fibers while maintaining structural integrity of the garment. Shirts begin shrinking the moment they leave the manufacturing plant, and will continue to do so until they are virtually nonexistent.

“From what I can tell, there’s essentially no limit on how much these shirts will shrink… and no matter how far up your stomach they go, they still fit super-boxy and stiff,” said paid clinical trial participant Martin Chinyavong. “With so many better merch options out there these days, I’m pretty excited to see just how much more these shirts can suck over time.”

At press time, Gildan interns were exploring the possibility of a redesigned tag made of space-grade polyplastics. If successful, the tag would be guaranteed to lay “all scratchy on your back” at all times, and could only be removed with a diamond-encrusted blade.