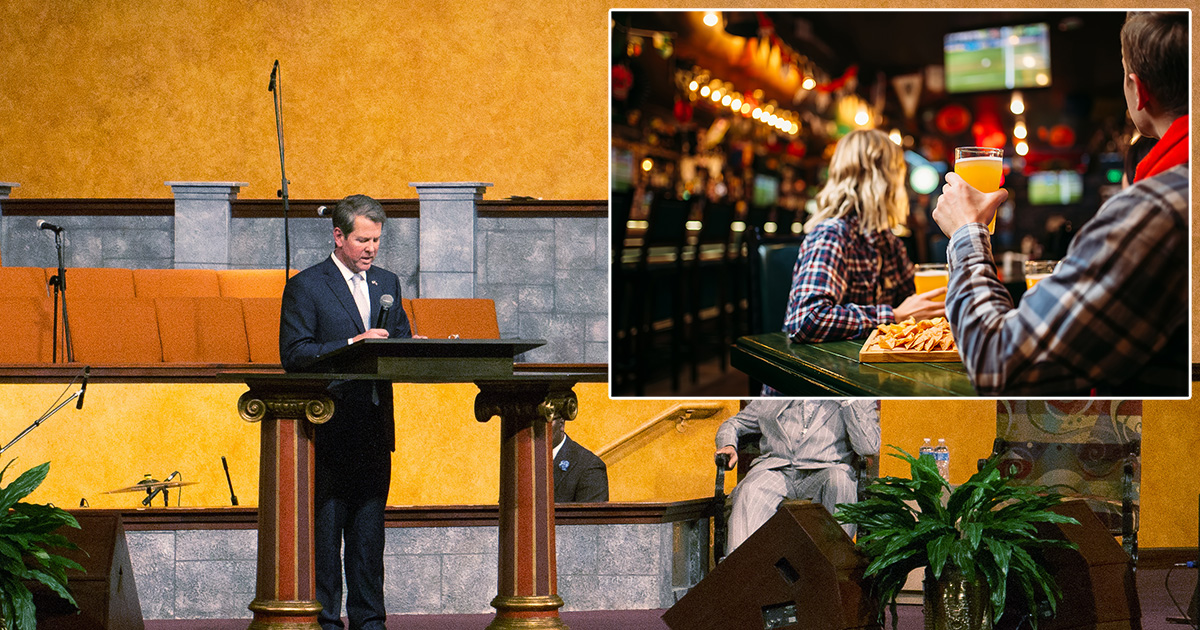 ATLANTA — Georgia Governor Brian Kemp announced that the state will close hospitals, re-open bars, and “just let God do his thing or whatever he’s got planned” for the foreseeable future, according to terrified sources fleeing the state.

“It actually makes a lot of sense,” Gov. Kemp explained at a press conference. “You’ve got a lot of other states that, for the most part, are keeping non-essential businesses closed and telling people to continue social distancing. Shouldn’t at least one state do the exact opposite and see if that works? It’s called ‘thinking outside the box.’ That’s why I’m encouraging all Georgians to hit the bars, get hammered drunk, and get some ass. I mean, just go all out on this one.”

Many Georgia residents expressed concern, fear, and anger over their governor’s controversial plan.

“It’s bad enough that we’re opening against the warnings of all the experts,” noted 37-year-old Atlanta resident Debra Morgan. “But some of these new policies Gov. Kemp is suggesting are completely insane. He’s going to get people killed because he only cares about the economy — yesterday, I got a court summons in the mail requiring me to go to the mall this weekend. It came with a ‘Coronavirus Protection Kit’ that just had some garlic, a crucifix, and a few silver bullets in it.”

“I think this is really dangerous,” Dr. Fauci said. “Most of Kemp’s state-wide health policies are highly unorthodox, unhelpful, and probably impossible to enforce. For example, despite what he said at his press conference, I don’t think it’s constitutional to ‘make sneezing illegal.’ And I’m very worried about Georgia’s new health campaign, ‘Let’s High-Five the Coronavirus Away!’”

At press time, Kemp was seen walking around the food court at the mall and asking strangers, “You gonna finish that?”