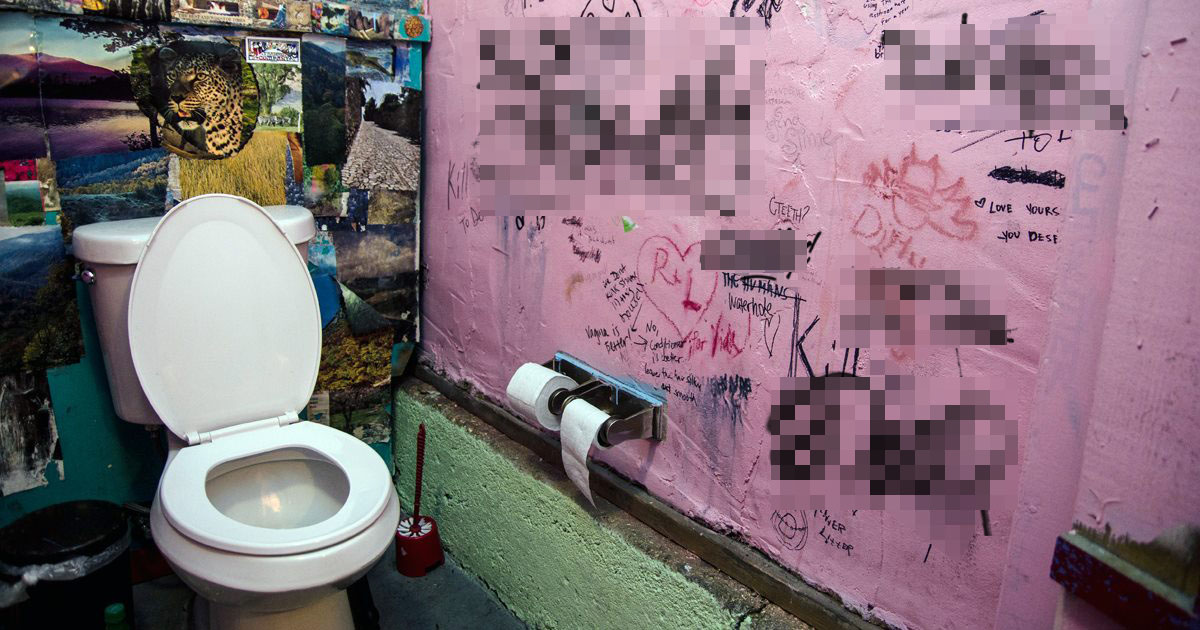 AUGUSTA, Maine — A gender neutral bathroom at local, all ages DIY punk venue Ramparts is reportedly covered from floor to ceiling in alarmingly racist graffiti, according to multiple disturbed sources.

“I’ve been in the punk scene for a long time, so I’ve seen how ‘casual’ racism can permeate the culture… but this bathroom is far from casual. It was like every member of the KKK was given a Sharpie and told to keep writing until the ink runs out,’” said attendee Kira Evans after using the bathroom during a matinee show. “Even individual sheets of toilet paper had fucked up shit written on them. You know when people say, ‘I wouldn’t even wipe my ass with that?’ Well, I finally understand it.”

Ramparts patrons claim the racist graffiti has been a problem in the bathroom for years.

“The people who run this place made a big deal about how they put up an ‘All Gender Restroom’ sign, and tried to proclaim they’re super progressive… but this is the only bathroom in the building, so it was already gender neutral by default,” said Augusta punk mainstay Mike “Chewy” Lentz. “And it’s super confusing why they’ve made no effort to cover up any of the awful graffiti in there, take down any of those fucking ‘Barack Hussein Obama Bin Laden’ stickers, or even throw out the whiteboard that has the N-word written on it next to a giant dick and balls that’s just sitting in the corner. Doesn’t that stuff wipe off?”

For their part, venue management claimed they have been trying to solve their graffiti problem for years.

“Let me start by saying this: our venue is an all-inclusive space. Yes, the bathroom has a slight racism problem that’s made some of our POC scene members feel unsafe, but you have to see it from our side — we looked at our budget, but paint is expensive, and we’ll go broke trying to cover all that shit up just to have it all come back,” said Ramparts co-owner Donny Clifford. “There was one week where we locked the bathroom so nobody could use it… and all of a sudden, there was a ton of racist shit written on our bar. I’m not sure we can stop it alone — this is the Northeast, after all.”

A lawyer for the venue’s only working toilet says her client plans to go on strike if its workplace isn’t cleared of all offending graffiti.