In Gender-Equal Punk House, No One Does the Dishes 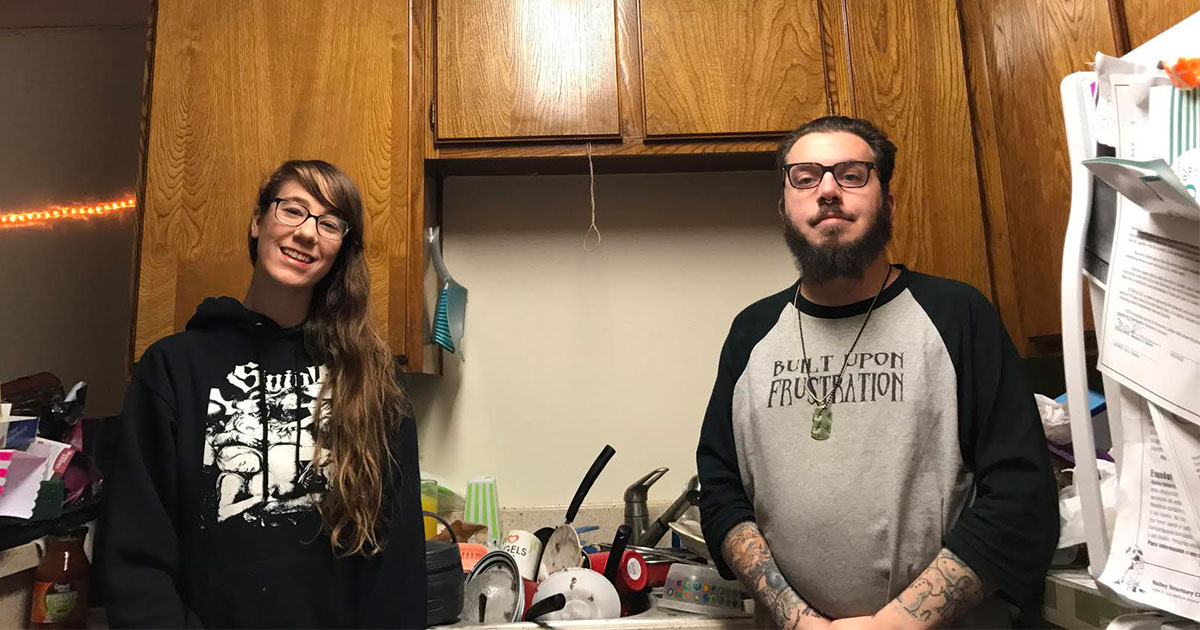 ITHACA, N.Y. — In what roommates have lauded as a truly historic accomplishment in gender relations, not a single resident of the punk house/DIY collective the Apple Core reports feeling obligated by a sense of societal norms to clean any dirty dishes in the kitchen sink.

Citing such influences as literature from the International Socialist Organization, a dose of articles written by bell hooks, and a healthy handful of anarchist YouTube videos, tenants at the Apple Core have proudly announced, both on social media and to strangers on the street, their continued commitment to the rejection of gender roles by not expecting anyone to feel responsible for the dishes, along with numerous other household chores.

“Really it’s about equality, but also more than that,” said Apple Core resident Curtis Irwin, ignoring a pile of sticky beer cans surrounding a long-since-overflowed garbage bin. “It’s about setting a good example for the community we have here in town. We have a lot of people pass through here; and whether it’s to get help fixing their bike, practice their art, or buy weed, we want them to notice our practices.”

Other residents of the Apple Core have echoed the same sentiment, claiming a new outlook on life unheard-of in traditional living environments where the trash is taken out routinely and the lawn is mowed each month.

“I’ve only lived here for a couple months because I heard they were cool with rats, which I figured meant I could bring my pet rat but actually meant rats in general,” Sandra Wentworth said, stepping over a pile of week-old styrofoam to-go containers lining the front hallway. “When I first moved in I decided to tackle the pile of dishes just as an act of goodwill, y’know, but they all yelled at me to stop because I was ‘liberated here.’ I mean, that’s nice, but I can never bring anyone home and I have to do my laundry at my parent’s house.”

Sources close to the Apple Core residents said that the house was in the process of planning a workshop to help others follow their lead, until it got postponed due to cancellation of their gas, electric, and water services thanks to unpaid bills.