Gas Pump TV Ruins Only Three Minutes Man Has To Himself 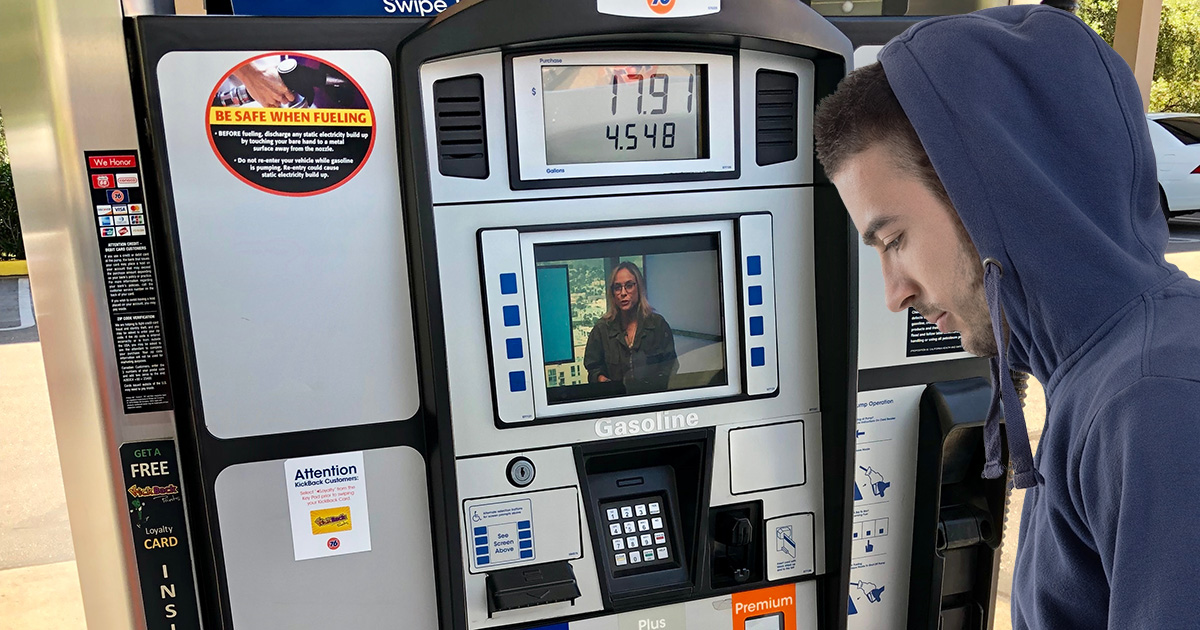 MILFORD, Conn. – Local man Gary Miller’s fleeting moment of peace away from his grueling, hellish, and tedious daily life was instantly destroyed by the small TV installed on the gas pump, witnesses confirmed.

“It’s like they’re just actively seeking new ways to piss you off,” lamented Miller as he slowly plopped back into his minivan. “It’s bad enough that it costs $150 to fill this thing. My day started out with my two-year-old pissing in the dryer all over my clothes. Then when I get to work, the boss calls me into his office to chew me out over some shit that wasn’t even my fault. I just wanted to gas up in silence on the way home, and suddenly the TV is screaming at me about 2/$3 Redbulls in non-regional diction like a bullhorn two fucking feet from my face.”

“When I saw his fists clenching and pupils dilating at the pump, I knew it was that stupid little screen with speakers louder than a concert,” Braun speculated. “I should have intervened when he started beating the ever living shit out of the trash can, but I know the feeling. I’ve got four kids. Heck, I almost went out there and took a tire iron to the whole thing myself. When he marched into the store, panting and perspiring, I just gave him a knowing nod while ringing up his iced tea. I threw in a candy bar free of charge, too.”

“Men need an hour a day to lose themselves in a thousand-yard stare,” said Kline, eyes unfocused and hazy. “It doesn’t have to be cumulative, either. Five minutes staring out the window into nothingness, or fifteen doom scrolling on the toilet is fine. In Gary’s case, checking out mentally at the gas pump was what he needed to be a decent human for the next few hours. When deprived of these moments, men turn into animals.”

At press time, Miller was spotted hiding under his porch with the family cat.