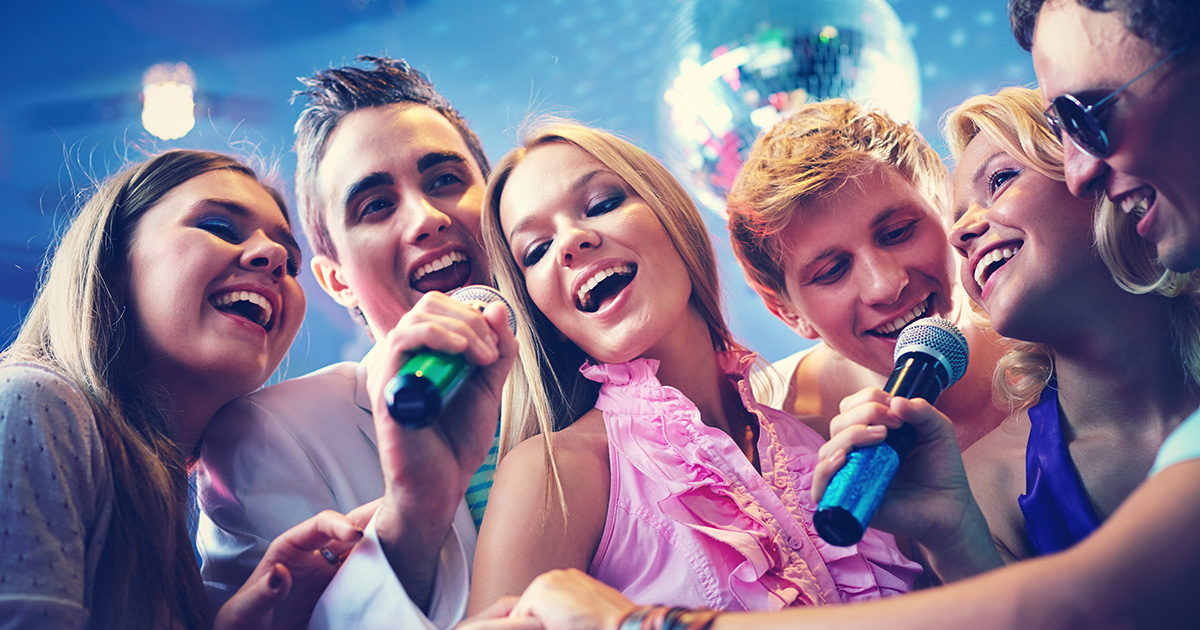 “From the second I heard them doing vocal warmups I knew we were in trouble,” said McCormick’s regular and occasional karaoke participant Richard “Ricky G” Galmenti who just completed a twelve-hour shift at a medical supply warehouse. “Some of us just want to bust out our sloppy standby renditions of Weezer’s ‘Say It Ain’t So’ or Tears for Fears’ ‘Mad World,’ but now we gotta sit through hours of Broadway standards before we get a chance. And the way they grabbed every available songbook and frantically wrote in their song choices makes me think it’ll be at least three hours before we’ll get to hear old Seany Mac’s jäger-fueled rendition of ‘The Humpty Dance’ which I’m pretty sure is the only song he knows.”

McCormick’s patrons quickly noticed a leader among the hammy horde shouting notes and stage direction at her peers.

“We’re going to give these blue-collar slobs a show to remember!” announced Evalyn So, an aspiring starlet and current Juilliard applicant. “These backwater country rubes are going to get the white hot thrill of Broadway they came here for. Hopefully the karaoke choreography we’ve been practicing all week will pay off tonight.”

Employees of the bar knew they were in the middle of a hostile karaoke takeover when they saw the musical theater kids had brought their own costumes.

“Once you see the bowler hats and canes, you know what you’re in for,” explained bartender and occasional karaoke host Claire “Claire All Night” Langston. “I wish my regulars could feel comfortable belting out Toto ‘Africa’ or blowing off a little steam with some Britney [Spears], but those theater kids just stare at you like dead-eyed funeral crows until you slink off the stage and it’s their turn for ‘Hello Dolly.’ But on the other hand, we can’t exactly kick them out for terrible choices in karaoke songs or else I would have the minute I heard the term ‘stage right’ come out of their mouths.”

At press time, tensions had escalated with the musical theater kids channeling “West Side Story” in an attempt to dance-fight the confused bar regulars who were wondering why McCormick’s had only one dartboard.