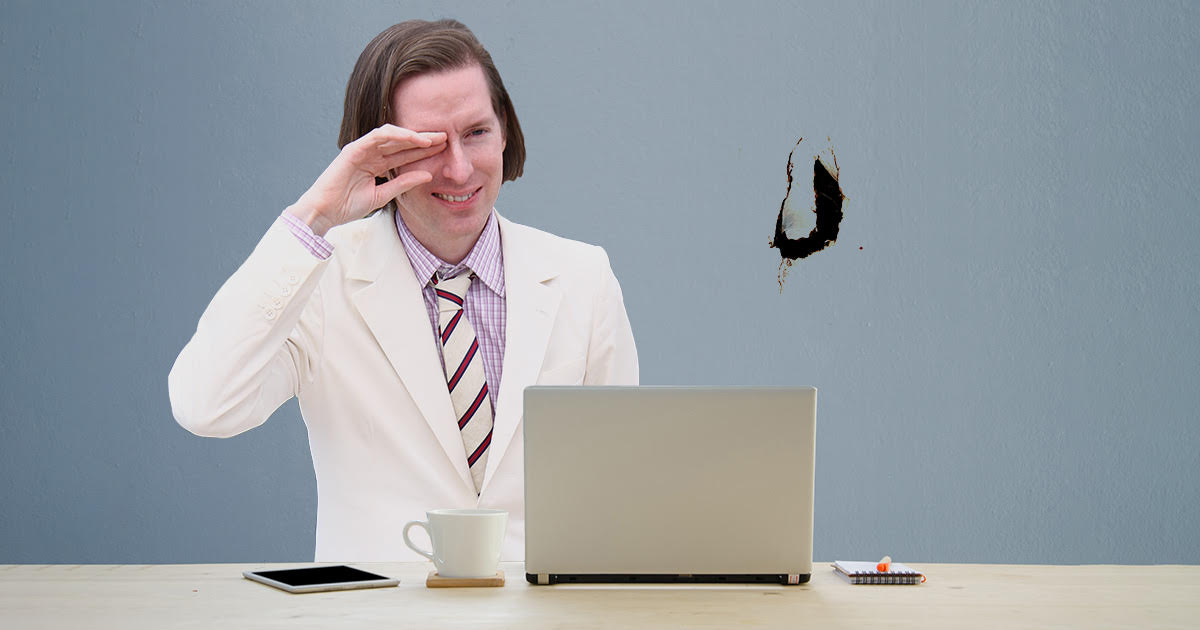 PARIS — Auteur director Wes Anderson reportedly punched a hole into the drywall of his penthouse apartment last night after getting outbid on a Victorian-era dollhouse, frightened cleaning staff reported.

“God fucking damnit! Outbid? Who did it? You cocksucker! You’re really going to pay 16 and a half large for some dusty old dollhouse? You don’t deserve to have that money to begin with!” Anderson reportedly shouted at his anonymous auction opponent before throwing his bare fist through a mauve wallpapered wall. “Bro, can you even appreciate the craftsmanship of a Mancunian artisan circa 1890? I doubt it, dickweed. I’m so fuckin’ tilted right now.”

Frequent collaborators with Anderson admit that, despite his works’ twee sense of delicate intention, the director’s behavior is much more akin to an angry high school sophomore.

“I remember once on the set of ‘The Life Aquatic’ when craft services ran out of Mountain Dew Code Red, and he flipped the entire table of vegetables and donuts in a rage,” recounted actor Willem Dafoe. “He then shut himself in his trailer and blasted Godsmack while shadowboxing. He has the worst taste in music, and producers always have to beg him to fill his soundtracks with ‘60s mod and folk songs instead of nü-metal. He even tries to get actors into character for dramatic scenes by making them listen to Limp Bizkit’s ‘Boiler’ with him. When it comes to his movies, I’m just in it for the paycheck.”

Film theorist Dr. Ingrid Williamson claimed that directors’ works are not always a reflection of their personalities.

“People assume directors like Wes Anderson are sensitive, thoughtful creators because their films contain intricate beauty,” explained Dr. Williamson, who teaches auteur theory classes at Bates College. “But often, these movies are created despite their directors personal tendencies. Wes, in particular, is such a fucking bro — he routinely holds up production just so he can get one more match in on ‘Call of Duty.’’”