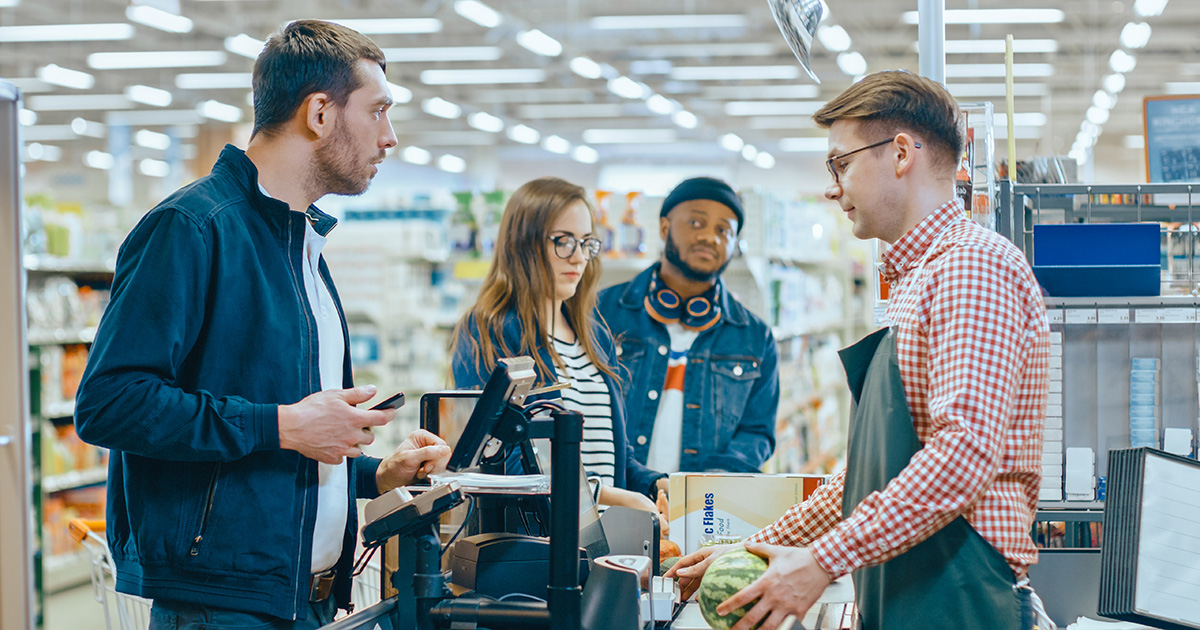 “I had this guy come through my line ask me how I was going, and I was kinda just in autopilot mode and said, ‘Good, you?’ That’s when he said he was ‘doing pretty well.’ But he didn’t just say it: he held eye contact for way longer than he needed to, and he had this shit-eating smirk on his face like he knew he had the upper hand,” you said during your lunch break while still trying to wash the ugly taste of the exchange out of your mouth. “I know he had his own reusable bag, but I didn’t realize I was talking to the Queen of fucking England or Tim Gunn or something. I guess I’ll just go back to work on the frontlines during a pandemic while Mr. Grammar goes and reads the dictionary or whatever. Fucking cocky piece of shit.”

“I’m not sure who the fuck that guy thinks he is, or why I felt strangely compelled to impress him and maybe not hunch my shoulders as much when he looked at me, but what he did back there was just plain wrong,” said local shopper Tani Greenwood. “That poor kid’s been working nearly all damn day and night, and to do it in front of a line full of people like that? He’s an asshole for it… but I gotta be honest, I definitely consider him to be the superior human because of it.”

Experts confirmed that, while indeed grammatically correct, the use of the term “well” after hearing someone say “good” is often simply a strategic tactic.

“Either can certainly be used in conversational English, and in fact, most people do opt to say that they’re doing ‘good’ when asked. It’s humble, relatable, and gets the point across just fine,” said Professor of Linguistics at UC-Davis, Dr. Carol Liu. “For someone to choose to say that they’re well, even though we all know it’s correct, is similar to the kind of social posturing seen only among packs of wild dogs or in chess matches… and as we say in the field, is just a real dick move.”

Cyr was later seen using the terms “whom” and “ostensibly” correctly, effectively pissing off nearly half a dozen more people in the process.