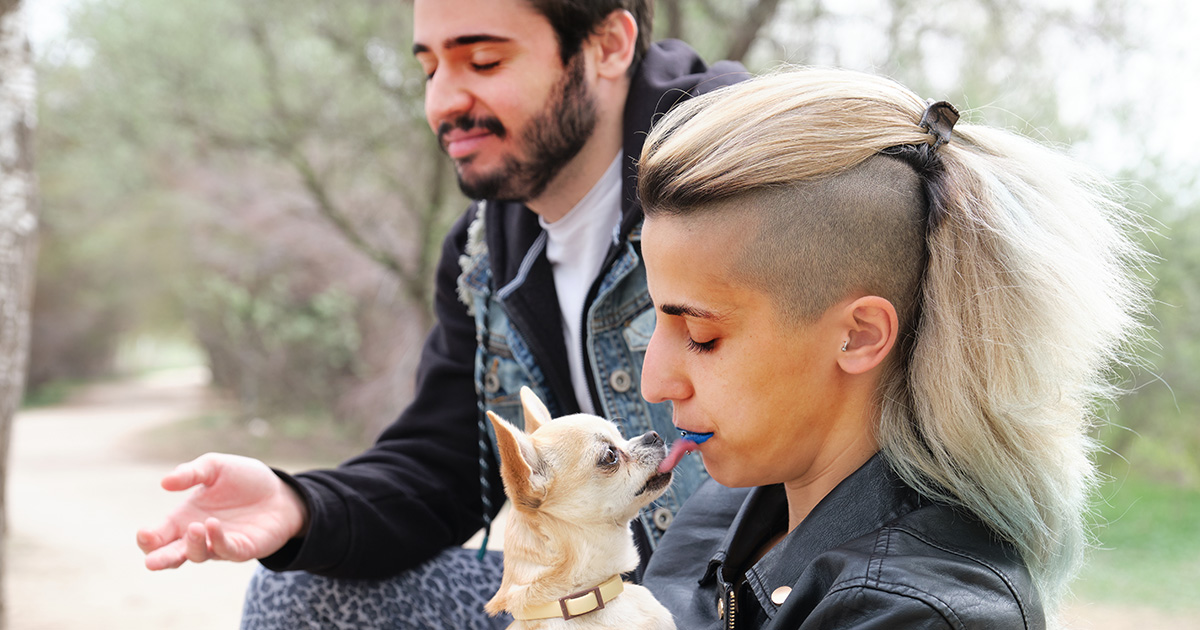 PROVIDENCE, R.I. — Local faded couple Robby Weeks and Angela Torres found and have since adopted a puppy while out doing whatever it is they do all day, according to extremely concerned sources.

“Check it out!” said Weeks, holding up a small Chihuahua-mix he and his girlfriend/using buddy found near a drainage pipe by the highway. “Me and Ang were just on our way to her mom’s house when we saw the little dude smelling around some old wet hoodie on the ground and it came right up to us. We haven’t decided on a name for him yet, but we got it narrowed down to Lucky and Weinerface. I guess we’ll let his personality shine through and see which one calls to us.”

“God damn man, again? I know those guys from my active addiction. I mean, I don’t love the idea of a dog being supervised by two people whose eyes are collectively open for less than three hours a day, but they’re sweet people at heart so I guess it could be worse,” DeSantis reasoned. “This craziest thing about this to me is the sheer amount of helpless animals they’re constantly finding. The only thing I’ve ever found in my entire life is $2 on the ground one time, and that was in my driveway so there’s a pretty good chance it fell out of my own pocket.”

Those who are aware of the couple but haven’t been able to get ahold of them for a while have expressed deep concern.

“I feel sick with worry about this poor creature. I mean, these two have been struggling to get clean for years and written off by nearly everyone they know, and then they go and take on the added responsibility of a dog when they can hardly take care of themselves? How are they gonna afford daycare for it?” said a woman who used to work with Torres at Rite Aid two years ago, Brandy Spruill. “I see those two walking all over the damn place day and night and I don’t think they’re ever not outside. Does that sound like the kind of lifestyle a sweet baby doggie is cut out for? I don’t think so.”

At press time, the couple and the aptly named Weinerface welcomed an entire box full of kittens into their family unit.