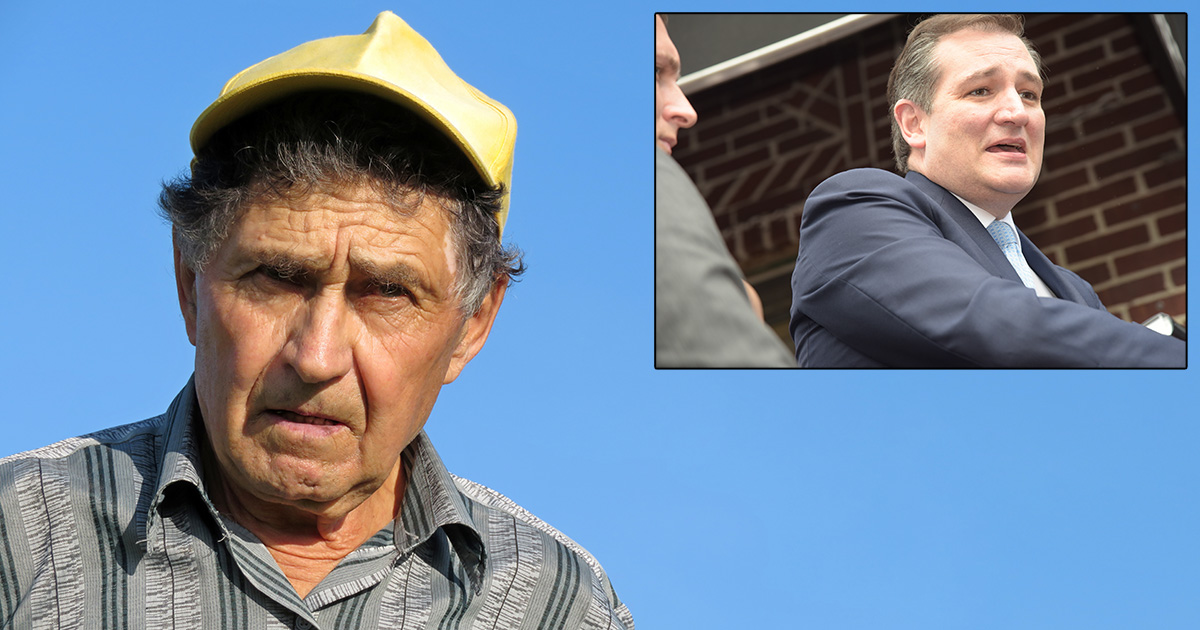 LUBBOCK, Texas — Chicken farmer Todd Lowe admitted today that he’s fed up with the stream of people who are impeding his farm work by mistaking his bags of putrid fertilizer for Texas Senator Ted Cruz, exhausted sources confirmed.

“Just about every day when I’m trying to load the truck to ship my bags of pelletized chicken manure, these folks show up and demand a meet and greet with ‘Senator Cruz,’” lamented Lowe, whose farm runs along busy Interstate 27. “Whenever I ask them what they could possibly want with a sack of chicken shit, they start yelling some nonsense at me about how ‘he’s the only senator who’s a man of the people,’ ‘cancel culture,’ and a bunch of other crud. I had one guy stuff a check for $2,500 into one of the bags with a note that just read, ‘For the wall.’”

Farm crasher Ed Moran was thrilled by the surprise opportunity to meet the infamous Republican senator.

“I was getting gas while heading North on I-27 to Amarillo to see that new statue of President Trump punching an asylum-seeking toddler, and that’s when I spotted Senator Cruz just across the street, sitting on a giant pile of Senator Cruz’s,” said the 54-year-old self-proclaimed “Deplorable.” “I couldn’t believe how warm and generous he was with his time — I got to shake his hand, and he insisted that I kiss him right on the lips. He told me, ‘Real Americans don’t get coronavirus. Now plant one on me, big boy,’ and obviously I obliged. The most impressive thing about the Senator was his ability to keep his composure while that farmer kept trying to censor him by loading him onto a truck.””

Similar occurrences have been reported throughout the state.

“I keep running into these insane people on my route who think dumpsters with the Texas flag on them are Ted Cruz,” said Waco garbage man Rick Smith. “Today I tried pleading with them to let me collect the trash so I could stay on schedule, but they wouldn’t stop thanking the Whataburger dumpster for having read Dr. Suess on the Senate floor to try to ensure people didn’t get health insurance.”

At press time, several sources reported that police in Austin had been called to provide extra protection for a tipped-over Porta Potty that people are claiming to be Gov. Greg Abbott.