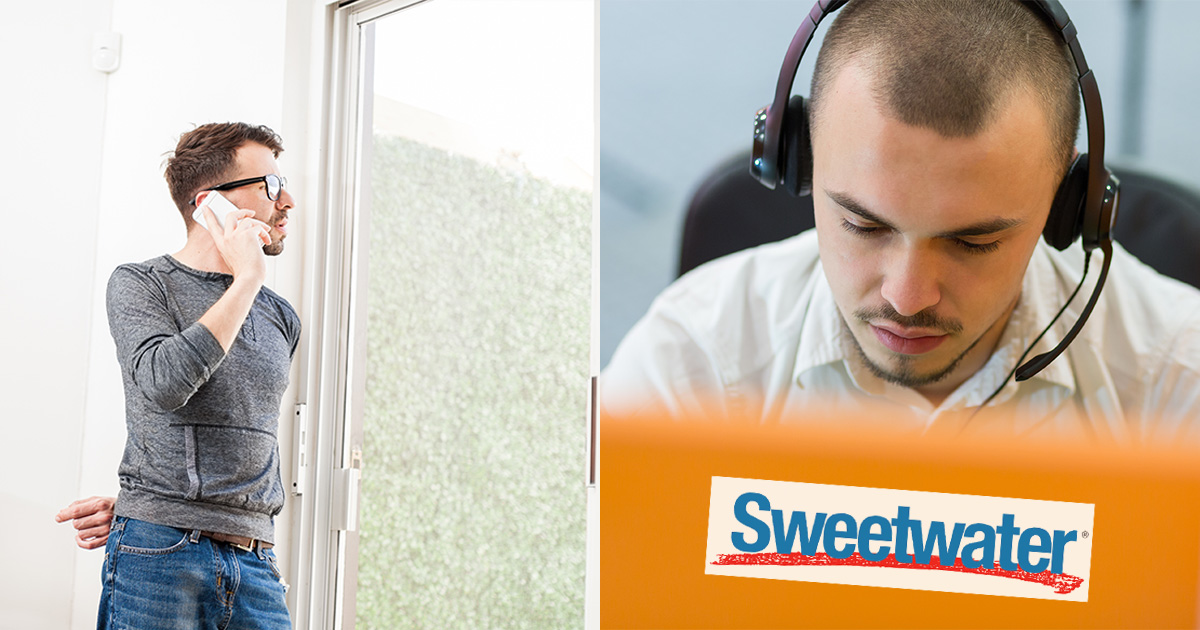 PEORIA, Ill. — Local guitarist Matt Carlton asked his Sweetwater sales rep today to be in his wedding as his best man in a truly pathetic, public display of loneliness, embarrassed family members confirmed.

“I told him our wedding is in three weeks and he absolutely must have a best man,” explained fiancé Darnell Adams. “I have 11 groomsmen; I’m not going to stand up there exchanging vows with a friendless freak. He’s the sweetest person I know, but once he starts yapping about the Mixolydian mode, he repels new people away.”

Sources confirm that while Carlton has some friends, most of them are in touring bands who can’t attend the wedding — and Carlton’s own band, Beth Anne Phetamine, was recently dropped from their label, further cementing his social isolation.

“Matt’s initial response to my plea was to run to his room and order yet another green Line 6 delay pedal,” recalled Adams. “Then he was on the phone with his equipment salesman or whatever for like, three hours.”

The exchange that followed between Carlton and Sweetwater sales rep Ben Bowen, described as “one of the most depressing stories in music gear retail history” by several industry professionals, reportedly brought Carlton and his Sweetwater rep closer together than ever.

“Yeah, I talk to Matt about three times per week about fuzz and delay pedals,” explained Bowen, who has 74 Sweetwater customers in rotation in addition to Carlton. “But lately it’s been more and more insecurities about the wedding. He even confided he’s not sure Darnell is ‘the one,’ but I told him it’s just pre-wedding nerves.”

“But when he asked me to be his best man, I was stunned,” Bowen added. “There’s nothing in the manual about that.”

However, Bowen did his best to make some sort of compromise.

“I told Matt that while I can’t appear in person, I can leave voicemails at inconvenient times — like right in the middle of exchanging vows, or while he’s dancing with his mother,” Bowen said. “I’ll also send a few dozen follow-up emails throughout the weekend asking if he likes his Squier J. Mascis Jazzmaster. Hell, I even gave him 5 percent off the Roland Jazz Chorus amp in his shopping cart in honor of his big day.”

While Carlton declined to comment, reports confirm he is investigating the legality of having his Korg Miku pedal as his groomsman and legal witness.