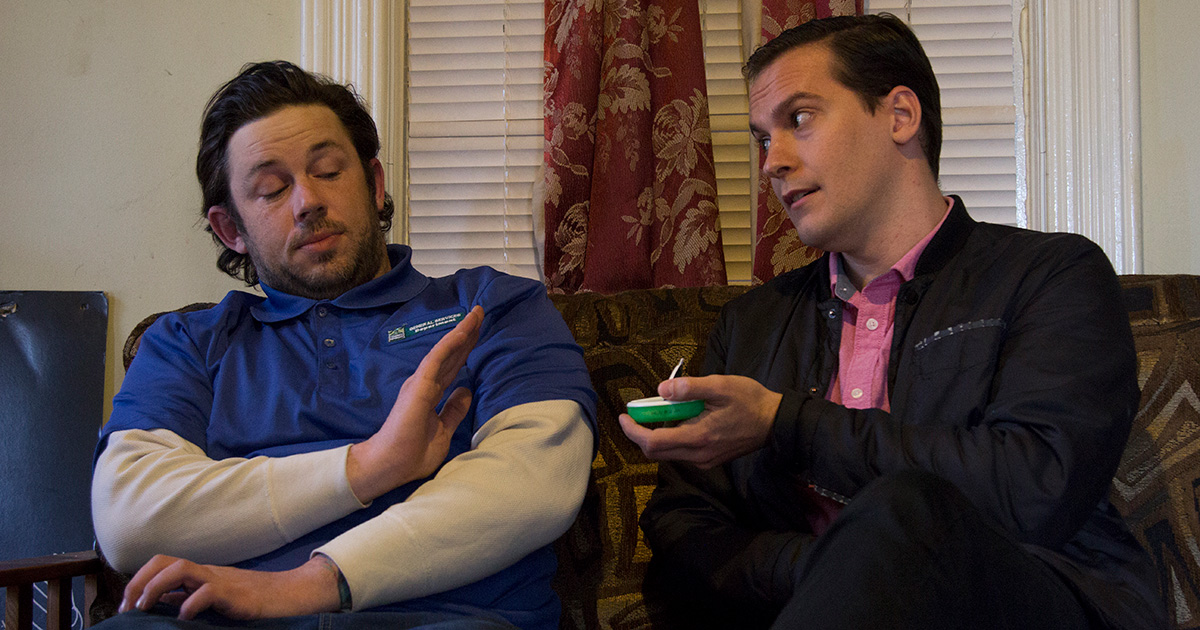 “To dream that I could save my beloved David from the cruel laughter of the gods by a mere breath mint was perhaps my own hubris,” admitted Elizabeth Foley, carrier of the Altoids. “His tongue is steered by a palette which seeks powerful tastes of onion, garlic, and tuna. Sadly, he found the trifecta prior to our viewing of ‘Downhill’ starring Julia Louis-Dreyfuss and Will Ferrell.”

“I considered that on this eve I may share my true and vast feelings with David,” Foley disclosed. “But alas, I refuse to allow our first kiss be scarred by the taste of rotting corpse; I simply won’t allow it! David walks alone towards Hades, and no mortal being can stop him. I carry my love elsewhere.”

Indeed, Englund seemingly lacks all semblance of self-awareness of odor and hygiene.

“People are always shoving goddamn sticks of gum and tins of mints in my face,” said Englund, who is rarely seen without a large-sized coffee from a gas station. “It’s really offensive — what do they think, I’m poor? That I can’t afford my own mints and gum? Well, bucko, I can: I just choose not to. I don’t like how they taste, and I don’t like how they make my mouth feel. I don’t want it to feel like I’m breathing refreshing winter air; I want the hot steam of a New York subway on garbage day.”

Etiquette coaches across the country agree that the offer of a breath mint shouldn’t be considered an option, but rather a suggestion.

“Just take the fucking mint! Why wouldn’t you?” exclaimed etiquette coach Sandra Kent. “It’s free and literally everyone’s breath smells like shit mere seconds after brushing their teeth. I just can’t think of any reason not to. Allergic to peppermint? Carry spearmint with you. Against your religion? Find a new god. Take the mint. Always take the mint.”

As of press time, Englund was hiring paranormal investigators to determine if ghosts are leaving brand new sticks of deodorant in his mailbox.