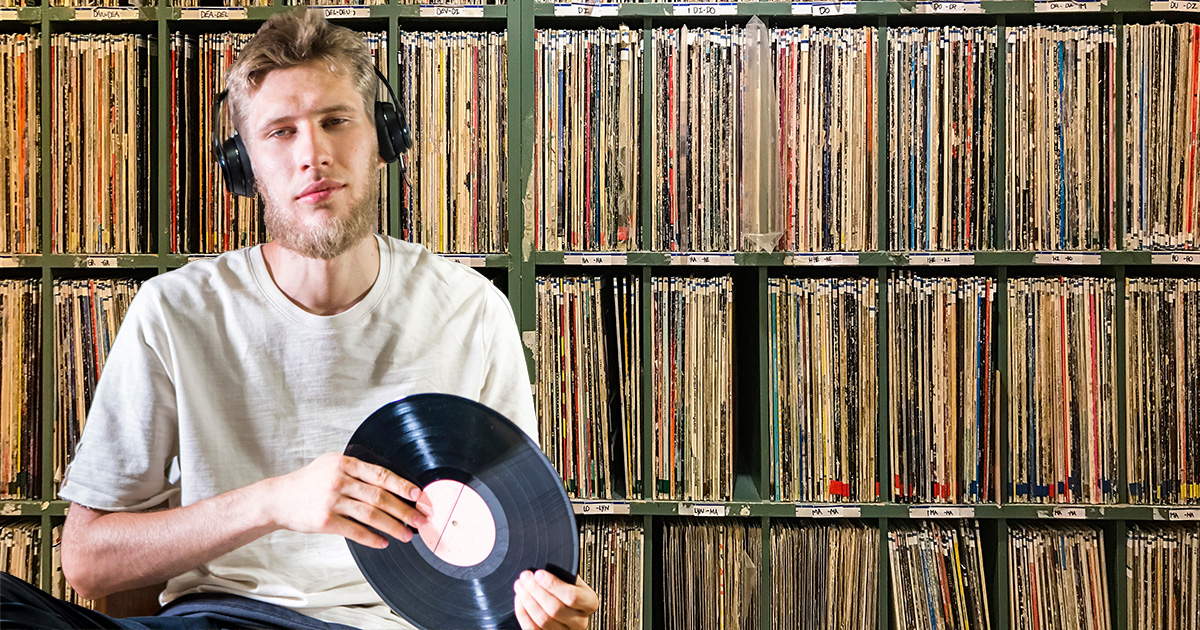 RALEIGH, N.C. — Friends of record enthusiast Tom Montgomery expressed grave concern that they may be asked to help move his massive collection one day, sources close to the out-of-shape group of friends revealed.

“I love Tom like a brother,” said Montgomery’s longtime friend, Chris Pérez. “But Jesus Christ, enough with the records. I get it, he loves music. So do I, but I use Spotify like a normal person. And he lives in a third-story walk-up! The rest of us have been divvying up excuses for if and when the time comes. I’m using ‘bad back,’ which is actually sort of true. Mike’s got ‘dead grandma.’ Phoebe’s lucky — she’s got a kid, which is kind of a bulletproof excuse for getting out of stuff. We’re worried about Nate, though. He’s got a truck, so Tom’s going to hammer him pretty hard.”

Montgomery’s girlfriend, Diane Clem, has her own concerns regarding her partner’s mountain of vinyl.

“Our apartment is kind of small and all of our shelf and closet space filled with records he never looks at. Tom likes to think he’s a DJ and says he needs all those old records to find obscure drum breaks or basslines,” said Clem. “He actually works at a hardware store. When he does get around to making music, he’ll just grab samples from YouTube. I gently suggested that he sell the records so we could start saving for a future together, but he looked at me like I kicked a dog.”

In addition to putting a strain on friendships, the sheer physical weight of a massive record collection can pose the risk of catastrophic failure in older buildings, according to structural engineer Mitchell Bodio.

“These old apartment buildings in gentrified, hip neighborhoods are a ticking time bomb,” said Bodio. “The framing wasn’t meant to support thousands of pounds of records. At a recent city council meeting, I proposed placing people with excessive Discogs purchases on a registry and performing regular integrity checks on their buildings’ joist systems. They laughed at me! But guess who’ll be laughing when the next crate digger’s apartment building pancakes and crushes an orphanage or a pet shop? Well, I guess I won’t be laughing, I’ll feel sad. But also vindicated.”

At press time, another group who wished to remain anonymous were meeting to brainstorm excuses after their friend with a large vintage arcade cabinet collection announced his intention to move across town.