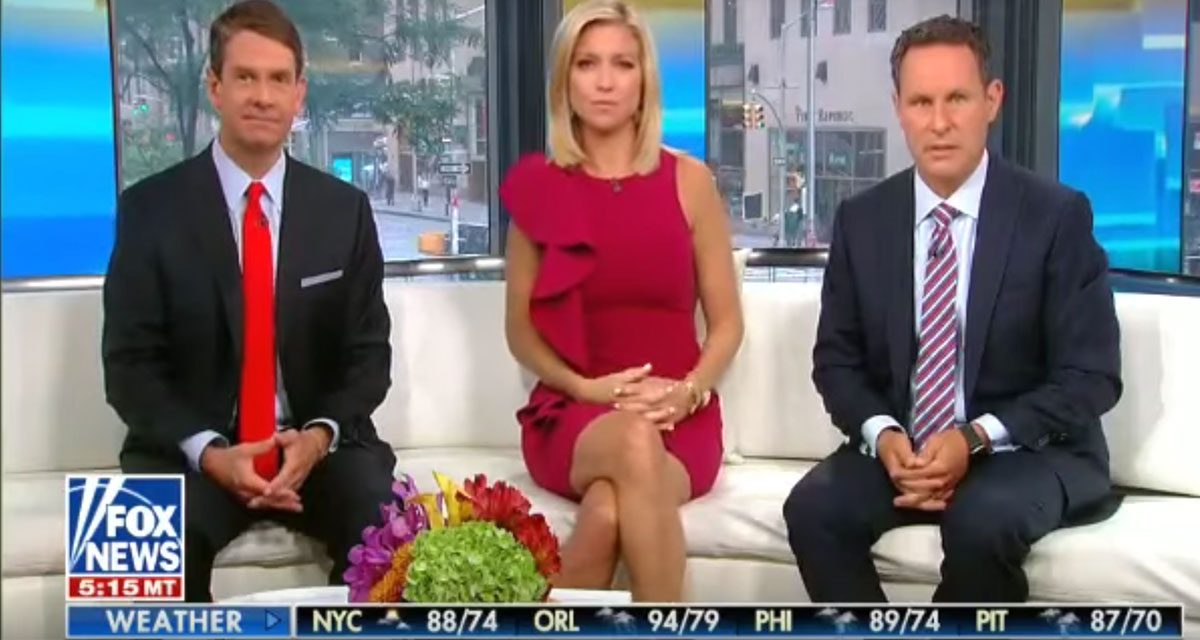 NEW YORK — The hosts of “Fox & Friends” demonstrated how drinking out of a toilet was “completely normal” on this morning’s broadcast of their flagship program, undermining recent claims of cruel and unusual treatment at the detention camps along the Mexican border

“Don’t believe the liberal propaganda machine about how ‘degrading’ drinking out of a toilet is,” said co-host Brian Kilmeade, scooping a Solo cup out of a latrine that had been added to the show’s set. “Water is water, and if I’m thirsty and in the bathroom, I’m going for the toilet water! People will just complain about anything these days, it’s really sad.”

The segment aired as a response to U.S. Representative Alexandria Ocasio-Cortez’s recent trip to the camps and her allegations that migrants were being kept in crowded and inhumane conditions. The hosts defended the state of the camps, insisting that it was not unlike a crowded house party filled with unwilling attendants that had no discernible end in sight.

“Does she know how ridiculous she looks when she gets on TV with this stuff?” asked fellow host Steve Doocy, on his hands and knees drinking from the toilet. “It’s like these left wing morons will believe any ridiculous thing they hear. Uh oh! Don’t tell them I’m using a straw to drink from this toilet, the lamestream media might cancel me!”

As of press time, Tucker Carlson was sleeping in his dressing room closet with four segment producers so that he could talk about how well-rested he was on tonight’s broadcast of “Tucker Carson Tonight.”